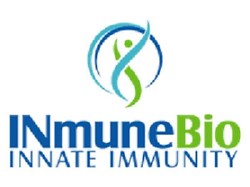 INmune Bio, Inc., an immunotherapy company focused on developing treatments that harness the patient’s innate immune system to fight disease, has announced that it has been awarded a grant to receive $1,000,000 from the Alzheimer's Association to advance XPro1595, a novel therapy targeting neuroinflammation as a cause of Alzheimer’s disease. The endowment was awarded under the Part the Cloud to RESCUE grant. The $1,000,000 award will be paid to the Company in tranches over the course of the Phase 1 clinical trial.

“We are honored to receive this grant from the Alzheimer’s Association,” said RJ Tesi, M.D., CEO of INmune Bio. “The Alzheimer’s Association has shown the vision and leadership to support the quest for effective therapies beyond traditional targets. As an immunology company, we focus on the role that innate immune dysregulation and neuroinflammation play in the progression of Alzheimer’s. This grant allows us to enter clinical trials – something that would not have been possible without the organization’s generous support.”

“Today, 50 million people worldwide are living with Alzheimer’s and related dementias, a truly astounding number that continues to grow with the aging global population,” said CJ Barnum, Ph.D., Director of Neuroscience for INmune Bio. “XPro1595 has been shown to inhibit microglial activation, part of the pathophysiology of neuroinflammation, in animal models of neurodegenerative disease. This Phase I trial will translate those findings into patients.”