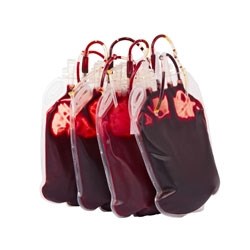 Immucor, Inc., a global leader in transfusion and transplantation diagnostics, has announced that the U.S. Food and Drug Administration (FDA) has granted approval for the company's PreciseType HEA test. The PreciseType HEA test is the first FDA-approved molecular assay designed to provide clinicians and blood banks with the detailed genetic matching information they need to reduce the risk of alloimmunization and serious hemolytic reactions, which is especially problematic for patients receiving frequent blood transfusions. These include people with genetic disorders, such as sickle cell disease, thalassemia, and patients with certain kinds of cancer.

Unlike traditional serology-based testing, the DNA-based PreciseType test can identify 35 red blood cell antigens from 11 blood groups simultaneously. This enables the complete blood typing of patients and donors to allow increased transfusion compatibility. Better-matched blood reduces the risk of alloimmunization, where the blood recipient's immune system develops antibodies that can attack and reject the donor red blood cells. The PreciseType test also simplifies the process of identifying donors with rare or unusual antigens so blood banks can distinguish and save scarce units for special cases.

With its FDA in-vitro diagnostic (IVD) approval, PreciseType is now the "test of record" in the U.S. for both patient and donor typing of red blood cells. The test has been CE-marked in Europe for IVD use since 2010.
"The medical-research community has made great strides over the last two decades in understanding the genetics behind transfusion reactions and the importance of a precise molecular match," said Immucor President and CEO William A. Hawkins. "Until now, expansive antigen typing of most donors and patients was impractical and cost-prohibitive for blood banks and hospital transfusion centers, given the time and complexity of the work up. We are proud to be at the forefront of a new era - made possible today with the FDA's approval of our PreciseType HEA test - where precise, molecular blood donor/patient matching can finally become the standard of care."

Each year, almost five million Americans need a blood transfusion. In standard cases, two to six percent of transfusion patients are alloimmunized. In certain populations that require multiple transfusions because of blood disorders, such as sickle cell disease or thalassemia, the alloimmunization rate reaches as high as 36 percent because the donor blood was not a close enough match to their own. Sickle cell disease and thalassemia are inherited blood disorders in which the body makes an abnormal form of hemoglobin, the protein in red blood cells that carries oxygen.

"I have seen people hesitant to receive blood transfusions because they are afraid of negative reactions," said Stephanie Carter, a first-year Rutgers nursing student and active member of the Sickle Cell Disease Association of America. "I have been living with sickle cell disease and received blood transfusions every three weeks from age three to 24. I have experienced bad reactions from donor blood," Ms. Carter added. "Anything that could reduce alloimmunization would be a beautiful thing for the sickle cell community and other patients who need multiple transfusions."

The Director of Blood and Tissue Services for Children's Healthcare of Atlanta Cassandra D. Josephson, M.D., commented, "When patients with sickle cell disease can't receive blood when they need it, it is tragic to me as a physician because we know that it will help them through this life-threatening complication. The molecular RBC test can give us answers that the current mainstream methodologies cannot deliver. In my opinion, red cell genotyping can help patients early on, prior to them developing an antibody, by testing their red blood cells prior to receiving any transfusion. That would facilitate choosing better matched cells."

The American Red Cross has been using a research-use-only version of the HEA assay since 2010, testing donor samples collected nationwide at their Penn-Jersey facility. Richard Benjamin, M.D., Ph.D., FRCPath, chief medical officer of the American Red Cross and adjunct associate professor of pathology at Georgetown University, said, "Blood donors play an integral role in the delivery of modern healthcare. Many life-saving medical treatments and procedures involve blood transfusions and would not be possible without a safe and reliable blood supply. Having the tools to readily identify donors with rare blood types is becoming increasingly important as new genetic insights spawn new therapies."

"Prevention of alloimmunization, especially for patients requiring multiple blood transfusions for chronic anemia, is the ultimate goal," said the New York Blood Center's Director of Immunohematology, Genomics, and Rare Blood Connie Westhoff, SBB, Ph.D. "By typing recipients before they receive their first blood transfusion, maintaining this information as part of their medical health record, and ensuring a precise molecular match of donor blood - we could not only avoid the potential for life-time blood transfusion complications for patients, but we could potentially save millions in hospital in-patient and other medical costs associated with serious transfusion reactions."

Dr. Westhoff is an expert in the genetics of Rh and sickle cell disease and in the application of molecular diagnostics to transfusion medicine. She oversaw a clinical trial of the PreciseType HEA at the New York Blood Center, which was included as part of the FDA submission for the PreciseType HEA assay, and testified at the FDA's March 2014 Blood Products Advisory Committee meeting. She is also an adjunct assistant professor at the University of Pennsylvania and is associate editor of the journal Transfusion blood group genomics and hematology section.

"Our PreciseType HEA test is the first in a line of Immucor's personalized-medicine diagnostics that uncover specific gene variants in patients and donors to provide the closest match possible in transfusion applications," added Immucor's Hawkins. "We are committed to taking our full menu of molecular assays through the FDA process to ensure widespread access and help improve patient outcomes for transfusion patients everywhere."

About the PreciseType HEA test

The Immucor PreciseType HEA test rapidly and accurately predicts blood compatibility between donors and patients to help prevent mismatches that can cause serious, potentially life-threatening reactions. The test works by detecting genes that govern the expression of 35 antigens that can appear on the surface of red blood cells. The test is manufactured by Immucor wholly owned subsidiary, BioArray Solutions.