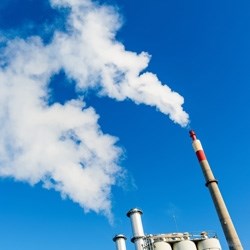 Sau Paulo is home to some 20 million people, and approximately seven million cars. Deaths from car accidents are high in Brazil, but the clogged roads and rapid rise of industrialization have given rise to a much bigger killer: the air itself.

Brazil is the only country which extensively uses ethanol to fuel its cars; in fact, approximately 40% of fuel used in Brazilian cars is sourced from ethanol - most other nations utilize petroleum or natural gas-based fuels. As a result of vehicle emissions, atmospheric concentrations of acetaldehyde, ethanol and nitrogen oxides are much higher in Brazil.

In a study commissioned by the Institute of Health and Sustainability, it was found that in 2011 there were 1,556 traffic fatalities in Sau Paulo. During the same time period, air pollution contributed to the deaths of 4,655 people. According to the study, a total of 99,084 people died from air pollution in Sau Paulo between 2006 and 2011.

So what might be the impact of air pollution on the players and visitors to the Brazilian FIFA World Cup?
When analyzed, air pollution can be divided into particulate matter (PM), ozone (O2), nitrogen dioxide (NO2) and sulphur dioxide (SO2). PM consists primarily of sulphate, nitrates, ammonia, sodium chloride, black carbon, mineral dust and water. The most dangerous of these particles (those with a diameter of 10 microns or less), can lodge deep inside the lungs, as they are too small to be filtered out; long-term chronic exposure to these particles can play a role in the development of cardiovascular and respiratory disease, and lung cancer. For visitors and footballers, exposure to PM will not be prolonged; however researchers have suggested that even short-term exposure to PM can significantly contribute to heart disease (3).

Ozone is a major factor in asthma morbidity and mortality, while nitrogen dioxide and sulfur dioxide play a role in asthma, bronchial symptoms, lung inflammation and reduced lung function. SO2 can also cause irritation to the eyes.

In theory, all of the components that make up the polluted air in Brazil could affect visitors and players. In particular, asthma suffers and anyone suffering from chronic or acute respiratory infections should be cautious when visiting the country; they should take appropriate medication with them, and avoid over-exertion.

It is, however, the citizens of Brazil who could suffer most from World Cup-related pollution. International air travel to Brazil, as well as travel between the different stadium sites during the tournament, means that the 2014 FIFA World Cup could have double the carbon emissions of the 2010 World Cup in South Africa. Increased carbon dioxide in the atmosphere boosts concentrations of surface ozone, carcinogens and particles, which are all dangerous to health.

FIFA has estimated that the World Cup will have a carbon footprint of around 2.72 million metric tons. International travel will be responsible for more than half of the emissions; another quarter of the footprint total will be caused by air freight. The total estimated carbon footprint of the 2014 World Cup is equivalent to the emissions produced by 560,000 passenger cars in a year (4).

The LOC (Local Organizing Committee) and FIFA have developed a Carbon Offsetting Programme to help to balance out some of the carbon footprint of the event. FIFA has committed to avoid, reduce and offset all of the emissions directly under their control via verified projects. Carbon offsetting is when steps are taken to cancel the harmful effects of greenhouse gas emissions in one area, by removing or preventing emissions in another through low carbon development projects.

The projects in the Carbon Offsetting Programme have been selected and verified by FIFA and BP Target Neutral. As well as encouraging World Cup visitors to offset their own travel, projects included in the programme include sustainable forest management, biomass energy in manufacturing, and climate friendly power (5).

If you are flying to Brazil to attend the World Cup, you can take steps to offset your own travel. All ticket holders are being invited to sign up to a free campaign in which their carbon emissions, resulting from travel to and from Brazil, will be offset.