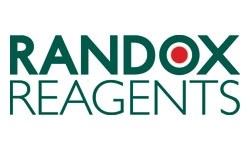 The extensive diabetes assay range available from Randox Laboratories has been further expanded with the recent addition of the new CE marked adiponectin assay.

Adiponectin is a protein hormone produced by fat cells which is involved in the metabolism of lipids and glucose and is a key regulator of insulin sensitivity. Low levels of adiponectin are associated with insulin resistance and increased type 2 diabetes risk as well as an increased risk of a woman developing gestational diabetes during pregnancy. Randox Adiponectin facilitates patient risk assessment by offering a rapid and reliable assay for adiponectin testing.

With millions of people across the world living with diabetes and with this number only set to increase, identifying those individuals at greatest risk is of extreme importance. The Randox Adiponectin assay accurately detects lower levels of adiponectin therefore facilitating the identification of individuals on whom resources and treatment should be focused in order to have a positive impact on their health.

The Randox Adiponectin assay offers an automated immunoturbidimetric method for adiponectin assessment, bringing increased convenience and efficiency in comparison to traditional ELISA based testing options. The assay is suitable for use on a variety of clinical chemistry systems via applications which detail instrument specific settings. The liquid ready-to-use format of the assay, which has an on-board stability of 28 days at approximately +10°C, in addition to the availability of complementary liquid controls and calibrator, brings additional benefits to testing laboratories using Randox Adiponectin.