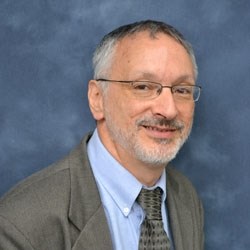 SN: Could you briefly describe to us what PulseNet is?
PulseNet is an integrated network of over 85 U.S. public health, regulatory, and agriculture laboratories that serve as an early warning system for outbreaks of gastrointestinal disease, including outbreaks caused by contaminated food. These laboratories all conduct a standardized DNA fingerprinting method known as “PFGE” on disease-causing bacteria such as Salmonella, Shiga toxin-producing Escherichia coli (STEC), and Listeria monocytogenes that are obtained from ill patients, food, animals, and the environment. The PFGE patterns are uploaded to state and national databases where they are compared and continuously monitored for clustering that may represent an outbreak.

Epidemiologists, microbiologists, and sanitarians in local, state, and federal agencies investigate these clusters by interviewing cases for possible common exposures and then exploring leads when commonalities are found. These investigations may result in recalls of food products, public notices, or improved food production practices. By using the exact same laboratory and data transfer tools throughout the network, PulseNet laboratories can share and compare PFGE patterns over wide geographic distances and communicate findings in real-time. Since food is a global commodity, PulseNet has been established in 82 other countries around the world.

SN: How is PulseNet useful for documenting food-borne outbreaks?
PulseNet is used to detect, investigate, and compare outbreaks. Outbreaks caused by contaminated food at events, such as potluck dinners or weddings are relatively easy to detect because group illnesses tend to be noticed and reported by the patients, their care takers, or co-workers. Most often (but not always), this type of outbreak is caused by local errors in food preparation or handling. Outbreaks caused by contaminated food in the distribution chain or subtle changes in how people are becoming ill are harder to detect, as there may not be more than one ill person in any particular locality. That’s where PulseNet comes in. By grouping together cases most likely to share a common exposure wherever they are located, PulseNet makes it possible to detect widespread outbreaks, such as those caused by mass distributed food items, or illness-causing trends, such as the increasing popularity of pet turtles and backyard poultry flocks. Most multistate outbreaks of Salmonella, STEC, or Listeria monocytogenes are detected by PulseNet, and most of them would not have been detected at all in the pre-PulseNet era. Outbreak investigations not only result in removal of contaminated food from the marketplace, they more importantly give the food industry, regulators, and public health practitioners critical information needed to make food safer.

SN: What type of technology does PulseNet use to confirm pathogen outbreaks?
PulseNet uses a technology known as pulsed-field gel electrophoresis (PFGE) to separate on a “gel” large fragments of DNA from the pathogen of interest so that a unique picture emerges, a “DNA fingerprint” that looks much like a bar code. Another method known as multi-locus variable number tandem repeat analysis (MLVA) is used to complement PFGE as needed. PulseNet is currently evaluating whole genome sequencing as a potential replacement for PFGE and MLVA. In this method, the entire DNA content of the pathogen is sequenced and compared to other sequences in the network.

SN: Can you tell us about some of the current challenges facing PulseNet laboratories?
As with state and local health agencies in general, most PulseNet laboratories are facing declining funding and increasing workloads. Since PulseNet benefits the entire public but not specifically the individual patients whose pathogens are being tested, testing cannot be charged to the patients. Publically funded health laboratories’ have competing priorities such as monitoring of tuberculosis, sexually-transmitted diseases, newborn screening, emergency preparedness, and support services to hospital and diagnostic labs in their jurisdictions. In addition, microbiological technology is changing rapidly, and public health and regulatory laboratories must stay current or risk missing important new prevention opportunities and loss of public confidence.

SN: What challenges will face PulseNet in the future, and what can clinical laboratories do to help facilitate the work that is carried out by your laboratories?
Not only will PulseNet laboratories need to adopt new technology such as whole genome sequencing, they also will need to respond to new a new generation of “culture-independent diagnostic test” panels (CIDT) being adopted by the hospital, clinic, and private diagnostic laboratories that they serve and upon whom they depend for specimens and information. These new tests are faster, possibly more sensitive than traditional culture techniques, and can test for more disease-causing microorganisms simultaneously, but do not result in the production of a sample of bacteria, an “isolate”, which is needed to perform PFGE and MLVA. Instead, the work of obtaining these bacterial isolates may increasingly fall to the public health laboratories, which are not funded for this large task. Clinical laboratories can help by continuing to culture CIDT positive specimens and sending isolates to the PulseNet laboratory in their jurisdiction, or at a minimum preserve and ship the specimen in a way which maintains its culture viability.