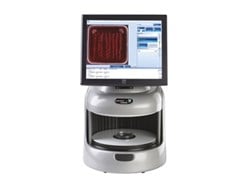 In early 2014, SelectScience ran a 2D chromatography survey among leading scientists to gauge usage and experience of this technique. The separation of unknown complex mixtures is time-consuming and a challenge for most scientists. Multi-dimensional chromatography provides a solution to this conundrum by combining fast and efficient separation using different techniques in the same chromatographic run. Interestingly, the results of the survey showed that the majority of scientists have never used 2D chromatography, but would like to start.

What is 2D Liquid Chromatography?
Two-dimensional liquid chromatography, otherwise known as 2D-LC, comprises of two separate columns with two separate pumps. Comprehensive 2D-LC (LCxLC) is the most informative approach, whereby the sample is injected into the first column (first dimension – generally low flow rate), and all the effluent is passed into a second column (second dimension – fast flow rate) via a switching valve, which comprises of two loops. The first loop contains the eluent from the first column; the second loop content is analyzed on the second column. Conversely, heart-cutting 2D-LC (LC-LC) occurs when only a selected portion of the effluent from the first column is 'cut' from the 'heart' of the initial chromatography and passes through the second column (slow flow rate). Although these are different approaches to this technique, both are significant improvements to the traditional 1D-LC, as they afford greater selectivity, separation and analysis of complex mixtures, which may otherwise be inseparable. Thus, allowing the scientist to spend their precious time designing further experiments.

What is it used for?
The majority of scientists that use 2D-LC use it for biopharmaceutical analysis (32%), peptide mapping (31%), and impurity analysis in pharmaceutical quality control (22%). There is a demand for quantitative analysis with high precision, to which 2D-LC can provide solutions. This technique can be used by itself, addressing separation challenges that could not be solved by other LC methods, as a complementary technique with orthogonally selectivity to double check separations, or as a tool to extract fingerprints of samples. LCxLC-MS is a tool that enables isobaric compounds to be separated while removing the matrix effects during detection.

What is the benefit of using 2D-LC over other separation devices?
There are many benefits to 2D-LC, as it has the ability to resolve complex mixtures in a two-dimensional plane, combining two different methods in one system. This enables fast, effective and comprehensive analysis of otherwise inseparable compounds. It is also possible to couple the 2D-LC to a mass spectrometry system in order to improve sensitivity and efficiency in the detection process. 2D-LC-MS is a tool that enables isobaric compounds to be separated, while removing the matrix effects during detection.

What is the future for this technology/technique?
Although 2D-LC as a technique is not currently being used extensively, the potential in this area is huge. Large companies, such as Agilent and Shimadzu, are investing money into the development of such equipment, enabling scientists to get answers to questions that might otherwise be unanswered. There are already excellent systems already on the market. This powerful technique can be used in a variety of different fields, such as pharmaceuticals, biopharmaceuticals, natural product research and food analysis, to name a few. The future is looking bright for 2D-LC, which could become the go-to technique for analyzing medium to highly complex mixtures.