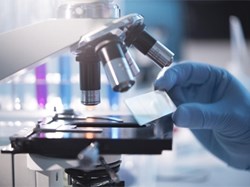 This trial comes on the heels of groundbreaking research from a consortia of investigators from the NCI and the University of Minnesota, who reported for the first time the use of CRISPR for editing a novel intracellular checkpoint called Cytokine-Induced SH2 protein (CISH) to increase the capability of T cells to fight cancer in a human clinical setting.

Current CAR-T and other cell therapies such as natural killer cells have shown promising efficacy in liquid tumors, but to date there has been no significant efficacy in solid tumor cancers. To that end, CRISPR genetic engineering of neo-antigen enhanced Tumor Infiltrating Lymphocytes (TIL) in which the gene for the novel cancer checkpoint CISH was knocked out, have shown promising pre and peri-clinical data in solid tumors which the investigators now hope to translate into the human clinic.

“We believe that CISH is a key factor preventing T cells from recognizing and eliminating tumors, but because it resides inside the cell, we couldn’t block it in the same fashion as other checkpoint drugs like PD-1,” noted Dr. Moriarity. “Given the potential power of CISH to increase anti-cancer killing of solid tumors, we turned to CRISPR/Cas9 based genome engineering.”

Webber, Moriarity, and collaborators found that inactivating CISH at the genetic level significantly increased the ability of T cells known as tumor-infiltrating lymphocytes (TILs) to recognize and kill cancer cells.

“Existing checkpoint therapies require repeated dosing and are often limited by the tumor environment that surrounds immune cells,” added Dr. Webber. “With our gene-editing approach, the checkpoint inhibition is accomplished in one step and is permanently hardwired into the T cells.”

The clinical trial, sponsored by Intima Bioscience, will be led at the University of Minnesota by Emil Lou, MD, PhD, FACP, Associate Professor of Medicine at the Medical School in the Division of Hematology, Oncology, and Transplantation and Medical Director of the Cancer Center’s Clinical Trials Office-Solid Tumor Unit.

The patient-specific CRISPR-engineered T cells will be produced and manufactured at the University of Minnesota’s Molecular and Cellular Therapeutics (MCT) facility. The MCT is one of only five such gene and cell therapy manufacturing centers in the country.

The clinical trial was initiated in the midst of the COVID-19 quarantine. Notwithstanding the significant challenges inherent to the pandemic, the trial has been actively recruiting since May and already has patients on trial with significant demand for access to the trial coming from patients nationally and internationally.

“Despite the challenges of starting a clinical trial of this complexity in the middle of COVID-19, we felt an obligation to our patients to bring this novel and promising therapy to the armamentarium to fight solid tumor cancers as soon as possible. Given the potential importance of this novel cancer checkpoint, coupled with precision CRISPR engineered T cell therapy, we hope that we can start to recapitulate the success that T cell therapy and immuno-oncology have had in liquid tumors, to the much larger and significant unmet medical need in solid tumor cancer,” concluded Dr. Emil Lou.

Want more of the latest science news straight to your inbox? Become a SelectScience member today for free today>>