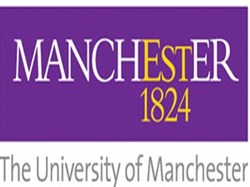 The collaboration between academics at The University of Manchester and Aarhus University in Denmark has been published today in a special issue on suicide prevention of the journal Preventive Medicine.

The team at the University of Manchester investigated if long–term residential exposure to particulate matter (PM2.5) with an aerodynamic diameter of less than 2.5µm and nitrogen dioxide (NO2) during childhood was linked to later self-harm risk.

The interlinked Danish national registers provided a uniquely powerful data source for researchers; the study including over 1.4 million people born in Denmark between 1979 and 2006. The team was able to track each person’s place of residence from their birth to their tenth birthday, as well as the length of time they resided at each address. The information was linked to measurements of the outdoor levels of PM2.5 and NO2 in the local neighborhood over time.

Ambient outdoor air pollution consists of a complex mixture of gasses, particulate matter, and inorganic and organic compounds. PM2.5 and NO2 are among the pollutants with the strongest adverse impact on physical health. The gasses are emitted from a range of sources including car exhausts, power generation, shipping, and domestic heating.

Lead author Dr Pearl Mok, Research Fellow at The University of Manchester said: “This is the first population-based longitudinal study to reveal that long-term exposure to two common pollutants: PM2.5 and NO2, during childhood, is associated with subsequently elevated self-harm risks.

“Our findings add to the growing evidence-base indicating that higher levels of air pollution exposure are linked with poor mental health outcomes. Although air pollution is widespread, it is a modifiable risk factor, and we, therefore, hope our study’s findings will inform policymakers who are devising strategies to combat this problem.”

The team controlled for some of the factors known to influence self-harm risk including the history of mental illness in cohort members’ parents and socioeconomic position, information that is available from the Danish registers.  they showed that exposure to 19 μg/m3 or above of PM2.5 on average per day from birth to 10th birthday was associated with a 48% higher risk of subsequent self-harm compared with a mean daily exposure of less than 13 μg/m3. For every 5 μg/m3 increase in exposure to PM2.5 on average per day during childhood, they found the risk of subsequent self-harm rose by 42%.

Professor Roger Webb from The University of Manchester, a co-author on the study said: “A growing body of evidence in recent years has indicated that exposure to air pollution is also associated with adverse mental health outcomes."

“Children living in neighborhoods with higher levels of air pollution have been reported to have increased risks of developing a range of psychiatric disorders including schizophrenia, depression, and attention-deficit hyperactivity disorder (ADHD). Though the mechanisms linking air pollution and development and exacerbation of mental disorders or its associated distress have not yet been explained, it has been well-established that it can cause inflammation and oxidative stress."

"This study is the first to provide valuable evidence on the association between childhood exposure to air pollution and subsequently elevated self-harm risk. However, further research is needed to investigate to what degree our findings can be generalized to other countries, especially lower- and middle-income countries where levels of ambient air pollution are far higher than they are in Denmark.”