These findings could lead to new preventative strategies, including diet and lifestyle interventions 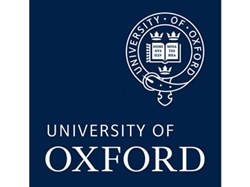 A study of almost 400,000 British participants has identified a new link between raised levels of the growth factor IGF-1 and increased thyroid cancer risk and has confirmed associations with breast, prostate and colorectal cancer. This could lead to new preventative strategies, including diet and lifestyle interventions.

IGF-1 (insulin-like growth factor-1) helps to support normal cell growth and development, processes that can lead to cancer if they become dysregulated. This new study, published today in Cancer Research, is the largest and most comprehensive investigation into IGF-1 and cancer risk to date. It was carried out as a collaboration between the Nuffield Department of Population Health, University of Oxford, and the International Agency for Research on Cancer (Lyon, France). The researchers analyzed the serum IGF-1 levels in almost 400,000 blood samples held in the open-access UK Biobank resource, collected between 2006-2010.

Using data records from the NHS up until 2016, the researchers could identify which of the sample donors went on to develop one of 30 different types of malignant cancers, within an average period of seven years. In total, 23,412 (5.9%) of the participants developed a malignant cancer. To test for an association between raised IGF-1 levels and cancer risk, the researchers adjusted the statistical analyses to correct for a range of other characteristics including age, sex, geographical region, ethnicity, physical activity, smoking, alcohol consumption and (for women) HRT use.
‘In this new study, we expanded the range of cancers investigated to include less common types that have rarely been investigated. This allowed us to identify a link between raised IGF-I levels and an increased risk for thyroid cancer in this UK cohort,' says lead investigator, Dr Anika Knuppel from the Nuffield Department of Population Health, University of Oxford.

The results also confirmed previous studies which found links between higher levels of IGF-1 and increased risk of developing colorectal, breast and prostate cancer. Crucially, because the sample donors did not have a diagnosed cancer at the point IGF-1 was measured, this makes it highly likely that raised IGF-1 had a role in the cancer developing later.

For certain cancers, however, the study found no clear link between raised IGF-1 levels and increased risk. These included lung, bladder, pancreatic, endometrial and kidney cancer.
‘This is perhaps a little surprising since IGF-1 is a growth-promoting substance, hence we would expect that it could promote growth for every type of cancer. It may be that these types of cancer are less sensitive to IGF-1, or that other risk factors such as smoking are dominant,’ Dr Knuppel comments.

Together, these results suggest that reducing levels of the growth hormone IGF-1 through lifestyle interventions might decrease risk for a range of cancers, a strategy that requires further research.

‘There is some initial evidence, for instance, that higher dairy intakes can raise IGF-1 concentrations,’ says Dr Knuppel. ‘The next stage of this work will be to test these associations in further cohorts, including from different countries. Particularly for rarer cancers, such as thyroid cancer, it is essential to use large, population-based studies such as these to identify potential risk factors.’

Want more of the latest science news straight to your inbox? Become a Selectscience member for free today>