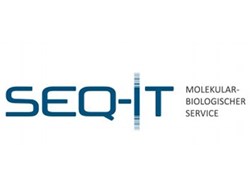 SEQ-IT has announced it has completed a novel mass spectrometry-based rapid test for the detection of 20 of the most relevant SARSCoV-2 mutations including the UK (B.1.1.7), South African, and Brazilian variants. The test panel was developed using Agena Bioscience’s MassARRAY® System, a well-established tool used by clinical laboratories worldwide to deliver affordable, highly accurate genomic testing.

“SEQ-IT has been heavily involved in the COVID-19 pandemic response since its beginning. We strive to consistently adapt and improve our testing services to respond to the dynamically changing needs in this crisis. The MassARRAY® System puts us in the position to quickly and reliably test samples for the most relevant Corona variants,” said Dr. Bernhard Thiele, CEO of SEQ-IT. Developing a test for Corona variant detection using mass spectrometry is a novel approach. It addresses several key challenges presented by the sequencing-based methods that have recently been leveraged for SARS-CoV-2 variant surveillance.

“The highly complex sequencing technology takes a lot of time and is costly – which makes it a rather inefficient tool given the current urgent need for rapid screening of known Corona variants in the population,” said SEQ-IT head of development and biologist Thomas Alef. “The MassARRAY® System is a straight-forward technology that allows us to deliver accurate results within a single day at less than half of the cost of sequencing. Also, it will enable a highly scalable and effective surveillance program in the near future.” The high flexibility of the test allows easily extension of the Corona mutation panel to include newly emerging variants.

“New and potentially more contagious SARS-CoV-2 variants will continue to evolve,” stated Dr. Thiele. SEQ-IT and Agena Bioscience envision making the novel mass spectrometry approach available to other customers worldwide. Thomas Alef will be presenting more information about the panel and how to access it during a February 26th webinar hosted by GenomeWeb.