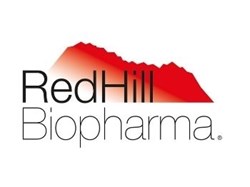 RedHill Biopharma Ltd., a specialty biopharmaceutical company, has announced its plans to expand the Company’s global Phase 2/3 study of opaganib in patients with severe COVID-19 to the U.S., following U.S. Food and Drug Administration (FDA) review of the data from the U.S. Phase 2 study of opaganib and receipt of its recommendations.

Expansion of the global Phase 2/3 study to the U.S. will entail adjustments to the protocol based on the FDA’s recommendations and ongoing discussions. The expansion of the study to the U.S. will help further speed-up enrollment, expanding the study to a total of 8 countries and approximately 40 recruiting sites, with additional sites and countries being added. The 464-patient study is over 50% enrolled and is expected to deliver top-line data in the second quarter of 2021.

The global Phase 2/3 study recently underwent a positive DSMB futility review, which is suggestive that the study has the potential for a positive outcome. RedHill recently announced positive top-line safety and efficacy data from the non-powered U.S. Phase 2 study with opaganib in patients with COVID-19 pneumonia, in which opaganib demonstrated greater improvement in reducing oxygen requirement by end of treatment on Day 14 across key primary and secondary efficacy outcomes. The Phase 2 data also showed no material safety differences between the opaganib and placebo treatment arms - further adding to the growing safety database for opaganib.

Opaganib is a novel, orally-administered sphingosine kinase-2 (SK2) inhibitor with demonstrated antiviral, anti-inflammatory, and anti-thrombotic activity, that targets a human cell component involved in viral replication and is therefore expected to be effective against emerging viral variants with mutations in the spike protein.

Opaganib received Orphan Drug designation from the U.S. FDA for the treatment of cholangiocarcinoma and is being evaluated in a Phase 2a study in advanced cholangiocarcinoma and in a Phase 2 study in prostate cancer. Opaganib is also being evaluated as a treatment for COVID-19 pneumonia in a global Phase 2/3 study and has demonstrated positive safety and efficacy signals in preliminary top-line data from a U.S. Phase 2 study.

The development of opaganib has been supported by grants and contracts from U.S. federal and state government agencies awarded to Apogee Biotechnology Corp., including from the NCI, BARDA, the U.S. Department of Defense and the FDA Office of Orphan Products Development.

The ongoing studies with opaganib are registered on www.ClinicalTrials.gov, a web-based service by the U.S. National Institute of Health, which provides public access to information on publicly and privately supported clinical studies.