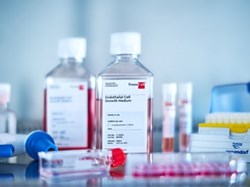 PromoCell, one of the leading European manufacturers of human cell culture and cell biology products, has announced to have successfully completed a comprehensive EXCiPACT™ audit that certifies the company as a manufacturer of pharmaceutical excipients to Good Manufacturing Practice (GMP) standards.

The EXCiPACT™ certification scheme for pharmaceutical excipients provides a GMP standard that is accepted worldwide and builds on PromoCell’s existing ISO 9001:2015 quality management system. Furthermore, this certification is also compliant with the widely established ANSI 363:2016 standard. “To achieve EXCiPACT™ GMP certification, PromoCell was required to demonstrate that its pharmaceutical excipients are manufactured according to the GMP guidelines, as well as ensuring compliance in our raw material supply chain, production environment, production processes and storage conditions.,” says Dörte Keimer, Head of Quality Assurance at PromoCell.

The EXCiPACT™ certification brings several benefits to PromoCell’s customers. It minimizes risk by ensuring the high quality of the cell culture media and reagents portfolios when used as pharmaceutical excipients. It also enables PromoCell to attend the growing demand of researchers planning to work under a regulatory environment by providing tailor-made cell culture media and reagents based on these regulatory requirements. “This is achieved by a streamlined definition of raw material specifications and documentation required from our customers, thus reducing the regulatory burden, and ultimately saving cost and time. Thanks to this certification, PromoCell will make important contributions in the transition from research to application,” says Dr. Irma Börcsök, CEO of PromoCell.