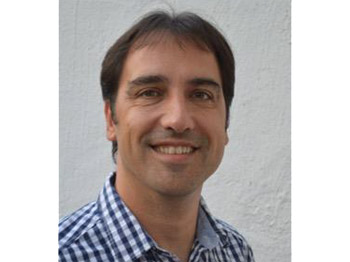 Prof. Dr. Volker Thiel, Institute of Virology and Immunology (IVI), and Vetsuisse Faculty of the University of Bern. © Courtesy of Volker Thiel

Researchers led by the Nobel Laureate Charles Rice of The Rockefeller University and Volker Thiel of the University of Bern and Institute of Virology and Immunology have developed a non-contagious model of SARS-CoV-2 that makes it easier, faster and safer to study the virus and new variants. In addition, the realistic model can be used to better test drugs.

Even though vaccines are now sufficiently available in parts of the world and more drugs are coming to the market, there is still the danger of new variants emerging, which could be more pathogenic and further escape protection by the vaccines. The faster the properties of such variants can be characterized; the more rapid countermeasures can be taken.

Research with the SARS-CoV-2 virus needs to be performed in high biosafety laboratories, which is time consuming and even precludes certain types of experiments. Such experiments include high-throughput drug screening and genetic screening for cellular components, which are essential for viral infection and replication, and thus, represent some of the best drug targets.

Disarmed virus
A team of researchers led by Charles M. Rice from The Rockefeller University, one of the recipients of last year’s Nobel Prize in Physiology or Medicine, and Volker Thiel from the University of Bern and Institute of Virology and Immunology, now developed a new experimental system. This new versatile viral model system separates the Spike protein and the Coronavirus replication machinery but should still be safe to work with under lower biosafety settings.

The trick that the researchers used is that they introduce into cells the whole Coronavirus genome lacking the Spike protein, which they assembled in the lab, and in addition a second genomic message coding for the Spike protein. Once introduced into cells, the “spike-less” coronavirus genome, also called replicon RNA, can perform all steps of the viral life cycle, but cannot produce new infectious coronavirus particles. Only if the same cells contain the spike gene, they can secrete viral-like particles decorated with Spike proteins and inside the whole viral genome without the production instruction for the spike protein, which stays behind in the producing cells. These particles can then be used to infect other cells mimicking a natural infection. However, these newly infected cells do not have the construction plan for the spike protein and hence cannot produce new viral particles capable of infecting other cells allowing for lower biosafety level precautions. The new model has now been published in Science.

Key advantage
“Similar systems have been published previously, but there is a crucial difference between those and the one reported here”, says Volker Thiel, co-corresponding author together with Charles M. Rice. The previously reported systems also split the SARS-Cov-2 genome into two parts to be introduced into the virus-like particle-producing cells. One part contained the entire genome minus one essential protein for virus assembly, which was provided separately. But in those systems, the part provided separately was not the Spike protein. Thanks to the new model, properties of the spike protein can now be better studied. This is a great advantage: “Variations in the Spike protein so far caused the biggest concern regarding new variants”, Thiel explains.

Easier and safer to handle
“Changing one or the other part of the split genome might not sound like a huge deal, but it is”, says Thiel. The entire SARS-CoV-2 genome consists of about 30’000 letters, which despite modern molecular biology methods, makes it challenging to handle, change and produce on its own. The genomic construction plan of the Spike protein consists of less than 5000 letters, which makes it much easier to handle and change. “So, in the here reported system, the smaller genomic part of the virus encoding the spikes, in which most mutations leading to concern arise, can be handled relatively straightforward while keeping the larger, second part of the genome constant”, Thiel explains.

This system greatly facilitates studies on the properties of the spike protein and the replication machinery at the same time, which mimics in many ways the life cycle of the natural SARS-CoV-2. Indeed, the researchers could benchmark the new system against the natural virus, and show that immune evasion from antibody binding and inhibition by antiviral drugs, can similarly be studied, but under much safer conditions.