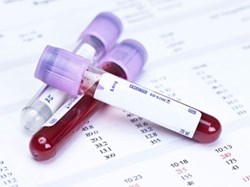 The technology, developed by researchers at Imperial College London and The University of Hong Kong, can be used to measure hormones that affect fertility, sexual development and menstruation more quickly and cheaply than current methods.

The work, published in Nature Communications, took place in the Chemistry Department at Imperial College London and the School of Biomedical Sciences at the University of Hong Kong.  It was tested in patients at Hammersmith Hospital, part of Imperial College Healthcare NHS Trust.

A third of women in England suffer from severe reproductive health problems such as infertility and early menopause.  Doctors usually diagnose these conditions by carrying out a blood test to measure the amount of luteinizing hormone (LH) in the sample.  Current blood tests cannot easily measure the rise and fall of LH levels which is vital for normal fertility - so-called LH pulse patterns that are linked to reproductive disorders.  It is not currently feasible to measure LH pulse patterns in a clinical setting as doctors need to take a blood sample from patients every 10 minutes for at least eight hours.  In addition, the analysis of these samples is time consuming as the blood needs to be sent to a laboratory and testing is expensive.

The researchers behind the trial have used a novel biosensor linked to a robotic system, which they call Robotic APTamer-enabled Electrochemical Reader (RAPTER). It has the potential to transform the clinical care of patients with reproductive disorders by monitoring the hormone patterns of patients in real-time. In the study, the prototype RAPTER device was used to measure LH in the blood of patients taken every ten minutes to yield an immediate result.

The team believe that it could pave the way for more personalized medicine. They hope that the technology can be developed to give clinicians a clearer picture of LH pulsatility and suggest more effective treatments based on an individual’s needs.

Professor Waljit Dhillo, one of the lead authors and NIHR Professor in Endocrinology and Metabolism at Imperial College London, said:

“Reproductive health issues are common amongst women in the UK and around the world. Diagnosis of some of these conditions can be lengthy resulting in delays to treatment.  Reproductive health issues can also impact on women’s mental and physical wellbeing.  There is a clear need for new and better ways to diagnose these conditions more quickly.  Our technology will be able to give clinicians a faster and more accurate diagnosis of hormone pulsatility that affects reproductive health, which could lead to better and more targeted treatments for women.”

In the study, which took place between 2015 and 2019, researchers used the RAPTER to measure LH l pulse patterns from 441 blood samples of women who either had normal reproductive function, were menopausal, or had hypothalamic amenorrhea, a condition where a woman’s period stops. The large-scale device then gave an immediate reading.

Working with researchers from the Universities of Bristol and Exeter, the team then used a mathematical method called the Bayesian Spectrum Analysis (BSA) to give an overall score of LH pulse levels.  The results were compared with current tests to measure LH levels.

The RAPTER platform was able to detect changes in LH pulse patterns in patients with reproductive disorders.  It was also able to distinguish between different patient cohorts for the first time using this new technology.  For example, women with menopause have high LH levels compared to healthy fertile women with normal LH levels, or women with hypothalamic amenorrhoea who have low LH levels. Unlike current methods, the test is low-cost and can provide results instantly.

The team will now work on refining the technology to create a smaller sensor similar to a glucose monitoring device that can be used to continuously track changes to LH levels of patients in the clinic or remotely and could be available in the next three to five years.

Professor Tony Cass, a senior author on the study from the Chemistry Department at Imperial College London, said:

“We have developed technology that is able to measure LH pulsatility in patients more quickly and cheaply than current methods.  We will now work towards making the technology more accessible for the clinic by reducing the size of the device, which could revolutionise the clinical care of patients with reproductive or other disorders.”

Dr Julian Tanner, a senior author on the study from the LKS Faculty of Medicine at The University of Hong Kong, added that the technology could also be developed to monitor other hormones such as cortisol.  He added: “The detection methodology that we have developed for LH sensing is widely applicable for real-time monitoring of all kinds of biomolecules that relate to health and wellbeing. Excitingly, with further research this technology could be adapted for implanted sensors that could transform health monitoring in all kinds of contexts.”

This research is an example of the work carried out by Imperial College Academic Health Science Centre, a joint initiative between Imperial College London and three NHS hospital trusts. It aims to transform healthcare by turning scientific discoveries into medical advances to benefit local, national and global populations in as fast a timeframe as possible.

Receive more news like this straight to your inbox, become a member for free today>>