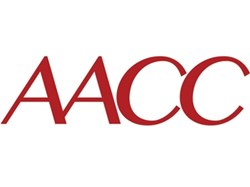 Colorectal cancer is one of the leading causes of death from cancer worldwide, and detecting the disease early is essential for a good prognosis. Although colonoscopies are the most effective tools for diagnosis, many patients avoid getting them due to their invasive nature. Other tests such as those for occult blood in stool are less invasive, but don’t have the same accuracy and performance, and can yield false positives that lead to unnecessary follow-up colonoscopies for patients.

A scientific team, led by Dr. Mona Eldeeb of the Medical Research Institute in Alexandria, Egypt, has developed a non-invasive blood test that may help identify cases of colorectal cancer and improve patient compliance with screening. Using multiplex bead technology, the researchers examined levels of the inflammatory proteins eotaxin-1, MIP-1 beta, G-CSF, VEGF-A, and Fas ligand in 35 patients with colorectal cancer and 52 individuals without cancer. The first four proteins were elevated in the cancer patients, suggesting these proteins could serve as potential biomarkers for future screening efforts. The researchers also found that the multiplex bead test outperformed routine stool occult blood tests.

“The main novel aspect of our study is the use of multiplex technology in simultaneous measuring of serum-based biomarkers in [colorectal cancer] diagnosis, which will reduce cost and time,” said Eldeeb. “The overall performance of the studied serum biomarkers is much better than routinely used occult blood in screening [colorectal cancer].”

A saliva test for prostate cancer

Another challenge in cancer care is diagnosing prostate cancer, one of the most common cancers in men. Clinicians currently use invasive biopsies or tests for prostate-specific antigen levels to diagnose prostate cancer in the clinic. But prostate cancer can be hard to spot during the early stages and can be tricky to distinguish from benign prostatic hyperplasia (BPH), a benign prostate enlargement that can appear as men age.

To solve these issues, Drs. Jamal Amri and Mona Alaee of the Tehran University of Medical Sciences in Iran have developed a new test for prostate cancer that uses saliva samples, which can be collected repeatedly and non-invasively. Their test distinguishes prostate cancer from BPH by testing saliva for eight different microRNAs that either support or suppress tumor growth. The researchers validated their test with saliva samples from 180 men between 45 and 50 years of age, 60 of whom had been diagnosed with prostate cancer using standard methods, and 60 of whom had been diagnosed with BPH.

“The advantage of our study is the use of several microRNAs, which have been reported to be detectable in the blood much earlier than the progression of cancer, which makes for a better diagnosis, as well as the use of saliva as a non-invasive biological sample that causes little pain to patients,” said Amri.