Industry News: NanoVibronix has announced the start of a real-world patient study of UroShield

The independent study is being led by Southampton University Health Sciences 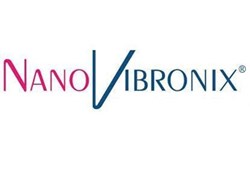 “This is another step forward in our efforts towards NHS fully adopting UroShield as a unique preventative device,” stated Brian Murphy, CEO of NanoVibronix. “We are eager to receive the results of this independent study as there are an estimated 100,000 patients living in community settings in the U.K. who are reliant on indwelling catheters and at risk of developing a catheter-associated urinary tract infection (CAUTI). There are also an additional 154,000 patients hospitalized annually who are catheterized for more than 48 hours and are also at risk for infection. These populations represent a sizeable opportunity to both improve the health of a large number of patients and significantly accelerate the full commercialization of our device.”

The 16-week independent study was devised to evaluate how UroShield helps to reduce infection by preventing bacteria colonization and the buildup of biofilms on long-term indwelling urinary catheters in real world patients and to better understand the patient benefits and experiences of using UroShield. Patient recruitment has started and is expected to include up to 30 total real-world patients who have a history of catheter infections, blockages and pain and have not previously used the UroShield device. The study’s participants are living in their own homes with long-term indwelling catheters and are under the care of Southern Health NHS Foundation Trust.

Interim results of the study are expected to be available in October 2021 with full results published early in 2022. At the conclusion of the study, Southern Health will be able to purchase the UroShield devices for all patients that want to continue using the device and for additional patients in their care who have indwelling catheters.