Data are now available from all enrolled participants 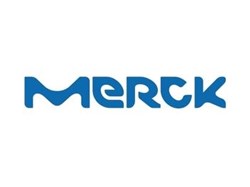 Merck, known as MSD outside the United States and Canada, and Ridgeback Biotherapeutics have provided an update on the MOVe-OUT study of molnupiravir (MK-4482, EIDD-2801), an investigational oral antiviral medicine for COVID-19. Data are now available from all enrolled participants (n=1433). In this study population, molnupiravir reduced the risk of hospitalization or death from 9.7% in the placebo group (68/699) to 6.8% (48/709) in the molnupiravir group, for an absolute risk reduction of 3.0% (95% confidence interval [CI]: 0.1, 5.9; nominal p-value=0.0218) and a relative risk reduction of 30% (relative risk 0.70; 95% CI: 0.49, 0.99). Nine deaths were reported in the placebo group, and one in the molnupiravir group. The adverse event profile for molnupiravir remained consistent with the profile reported at the planned interim analysis.

Based on the study design, the definitive evaluation of efficacy was considered complete at the planned interim analysis, when the statistical criterion for success was met and enrollment in the study was discontinued at the recommendation of the external Data Monitoring Committee and agreed to by the U.S. Food and Drug Administration (FDA). As previously reported, at the planned interim analysis, molnupiravir significantly reduced the risk of hospitalization or death from 14.1% (53/377) in the placebo group to 7.3% (28/385) in the molnupiravir group (absolute risk reduction 6.8%; 95% CI: 2.4, 11.3; p=0.0012), for a relative risk reduction of 48% (relative risk 0.52; 95% CI: 0.33, 0.80).

The interim analysis and the additional analyses support the efficacy and overall favorable benefit-risk assessment of molnupiravir for the treatment of mild to moderate COVID-19 in adults at high risk for disease progression. Merck has shared these additional analyses with the FDA and they will be presented to the FDA’s Antimicrobial Drugs Advisory Committee on Nov. 30th.

Molnupiravir is being developed by Merck and Ridgeback for the treatment of mild to moderate coronavirus disease 2019 (COVID-19) in adults with a positive SARS-CoV-2 diagnostic test and who are at high risk for progression to severe COVID-19, including hospitalization or death. Molnupiravir has been authorized for use in the U.K. The FDA is reviewing Merck’s application for Emergency Use Authorization. The European Medicines Agency (EMA) is reviewing Merck’s application for marketing authorization following a positive scientific opinion under Article 5.3 regulation 726/2004, which is intended to support national decision-making on the possible use of molnupiravir prior to marketing authorization. These regulatory applications for molnupiravir are based on the pre-specified interim analysis based on data from 762 patients, which is the primary analysis of the study.

Merck and Ridgeback Biotherapeutics have conducted a rigorous development program for molnupiravir, and believe that molnupiravir has the potential to address a significant unmet medical need for an oral medicine for adults with COVID-19 who are at risk for progressing to severe COVID-19 and/or hospitalization. We look forward to working with the FDA and other agencies as they review our applications.