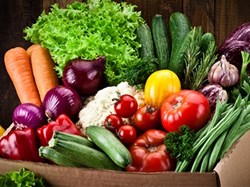 In the agricultural community, there’s a need for high-quality molecular testing. Pathogens can appear without warning and decimate entire crops. Farmers, plant breeders, and other members of the agricultural community need access to simple, affordable, and accurate tests for known and emerging threats to monitor plant pathogens when they first appear and prevent catastrophic crop or resource loss.

Wageningen Prime Diagnostics was founded two decades ago to address this need. As part of the Wageningen University & Research in the Netherlands, Prime Diagnostics develops and sells a large portfolio of test kits for crops, garden flowers, and other economically important plants.

Scientists at Wageningen Prime Diagnostics often design multiplex assays to allow customers to test for many pathogens at once. They use Luminex’s bead-based multiplexing xMAP® Technology for streamlined development, reliable components, and robust test kits. Prime Diagnostics has been a Luminex Licensed Technologies Partner since 2007 and now offers more than 100 xMAP-based kits for pathogen detection in plants.

How the team has expanded their global reach

We talked with Manager José van Beckhoven and Senior Researcher Jan Bergervoet to learn more about Prime Diagnostics. “We produce, develop, and sell diagnostic kits for the detection of plant pathogens all over the world,” van Beckhoven says. “We focus mainly on viruses and bacteria, with some tests for fungi as well.”

Before Prime Diagnostics was founded, scientists at the university offered plant pathogen detection services to organizations around the Netherlands. But they soon realized demand went well beyond their borders. “Companies around the world were interested in this approach to keep their crops healthy by testing them for diseases,” Bergervoet says. They formed Wageningen Prime Diagnostics as a supplier of diagnostic reagents and services that could reach a global audience.

Customers need testing for two primary reasons: to ensure that the plants used for propagation and breeding are healthy, and to monitor for disease outbreaks among crops.

Pathogens emerge and spread quickly, which makes trying to predict the pathogens customers will need to test for each season complicated. “It’s very difficult to forecast what we have to have in stock,” Bergervoet says.

Van Beckhoven compares plant pathogens to the COVID-19 pandemic—“[it’s] something that wasn’t there, and suddenly it’s everywhere,” she says. At the moment, there are worrisome pathogen-borne diseases affecting tomatoes, potatoes, and bananas. “People start thinking about how to get rid of this pathogen, and that’s when testing becomes the focus,” she adds.

The team began evaluating Luminex’s bead-based multiplexing technology in the early 2000s, and the advent of magnetic beads sealed the deal—Wageningen Prime Diagnostics has been using xMAP Technology ever since. They were among the first to publish on Luminex’s magnetic bead technology, sharing their data from testing for disease in potato plants.

Implementing xMAP Technology was important for achieving the level of multiplexing needed for plant pathogen tests. “Some garden plants are notorious for having a lot of pathogens attack them,” van Beckhoven says. “In plant propagation, they multiplex a lot because they have to focus on so many different pathogens. Luminex is perfect for that.” Recently developed tests include an 18-plex kit for petunias, as well as a group of tobamoviruses that infect tomatoes, peppers, potatoes, and eggplants.

“Our experience with Luminex has been very good,” says Bergervoet, who develops many of their xMAP-based tests. “The technology is very robust and the bead quality is very consistent.”

That consistency is especially important because customers often run high-volume operations, testing thousands of samples each day in fully automated pipelines. “We looked at what our customers wanted and what Luminex could offer, and it was a good match,” van Beckhoven says. “We have different platforms we develop tests on, and Luminex is the easiest and most robust. It’s almost foolproof.”