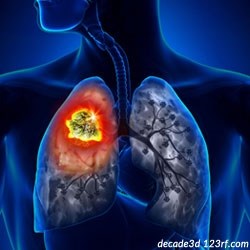 Typically, it's not the primary tumor that kills cancer patients. Metastases invade and damage vital organs which is finally leading to organ failure and thus to death.

It's been a mystery for quite some years how primary tumor cells disseminate to develop metastases. Already in 1889, Stephen Paget, an English surgeon, published the "seed and soil" hypothesis: metastases only form if seed (spreading tumor cells) and soil (microenvironment of certain organs) are compatible. Since then, a lot of research has been conducted to understand the underlying molecular mechanisms of tumor spreading and formation of metastases.

Especially circulating tumor cells (CTCs) and disseminated tumor cells (DTCs) have been investigated in many studies since they are suggested to serve as crucial biomarkers for diagnostics and prognostics. Still, lot of open questions need to be addressed. For example, it is known that DTCs can enter a dormant state, but what are the factors awakening DTCs from their dormancy thus facilitating development of metastases? Understanding this mechanism might help to develop new therapies to keep DTCs in dormant state and therefore to prevent formation of metastatic cancer.

Read this recent review and learn more about "the biology that implicates CTCs and DTCs in metastasis; the technologies and models developed to detect and isolate, profile, and study these cells; the clinical implications of current findings; and what is left to uncover".