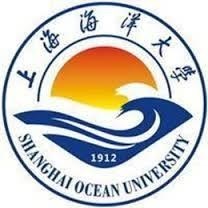 Algae are beneficial to the aquatic ecosystem as it is a natural source of oxygen and provides food for fish. However, excess nutrients in bodies of water can cause algae to rapidly grow masses called harmful algal blooms (HABs) which are detrimental to the environments they inhabit. Some HABs produce toxins that enter the food chain and kill large marine animals such as dolphins, as well as make seafood unsafe for human consumption. They also cause marine dead zones and economic losses for fishing and tourism industries. For example, in China, HABs nearly caused the cancellation of sailing events at the 2008 Beijing Olympics. Despite these problems, a recent study in the current issue of Phycologia suggests that, if properly managed, harmful algal blooms can provide benefits to aquatic ecosystems and may even be economically profitable.

Researchers from Shanghai Ocean University, University of Connecticut and Incheon National University studied a large algal bloom called “the green tide”, which appears annually off the coast of China, to determine if it could be used to remove pollutants from the Yellow Sea. The researchers obtained daily satellite images along the Jiangsu and Shandong Provinces in China from May to August 2013 to track the movement of the green tide. They also collected samples of algae tissue along five sections to determine the growth rate, measure the maximum biomass, quantify the content of nutrients it accumulated and to identify the Ulva algae species responsible for the bloom.

According to the satellite images, the green tide grew exponentially in a short period of time, eventually expanding to 397 square kilometers as it moved northward with the current. The researchers determined that the dominant species of algae was Ulva prolifera and its maximum biomass was four million tons.

The green tide has been documented as a detrimental environmental, public health and economic issue for the last 10 years and continues to be challenging for coastal managers in the area. Conversely, the collected Ulva prolifera tissue contained several tons each of nitrogen, phosphorus and carbon, suggesting that the green tide may be capable of removing several thousand tons of pollutants from the Yellow Sea. However, the algal bloom must be harvested before it dies, otherwise it will discharge the pollutants back into the water. The researchers point out that these nutrients are at higher concentrations in the southern Yellow Sea, signifying they come from chemical runoff discharged by coastal agricultural activities in Jiangsu Province.

Harvesting a HAB this large is expensive. However, because of the ecosystem service the green tide can provide, it negates the need for the use of expensive treatment facilities to generate clean water. Thus, the researchers estimate that the economic benefits of a green tide harvest would be more than $5 billion. Additionally, harvested Ulva prolifera tissue could be used to make products such as biofuels and animal feed that would generate a net profit of approximately $450 per ton.

For more pollition and bioremediation news, visit our Environmental Community >>