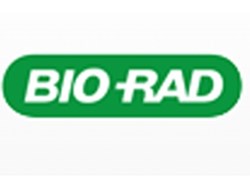 Cancer therapy has dramatically improved in recent years, to the point that individuals with certain disease types experience remission with relative frequency. Given this increasing rate of success, there is now greater focus on measuring and monitoring the remaining cancer cells following successful treatment. Often referred to as minimal residual disease (MRD), the presence and relative quantity of these cells can indicate whether a patient has achieved a sustained deep molecular response. Such an indication could mean the patient is eligible to reduce or cease treatment with minimal fear of recurrence.

Accurately detecting and quantifying MRD can be challenging. Gold standard imaging technologies cannot resolve small numbers of cells. Scientists can detect MRD by identifying cfDNA shed into the blood by cancer tissue, but many molecular methods, such as widely adopted qPCR techniques, are not sensitive enough to reliably measure the presence of MRD. In fact, data suggests measurable MRD is below qPCR’s limit of detection approximately half the time. However, studies demonstrate that an alternative to qPCR called droplet digital PCR is more sensitive. As such, it is capable of robustly detecting low abundance nucleic acid in liquid biopsies while also providing critical information around absolute quantification of mutated DNA. Such data can be utilized to provide a clearer understanding of a patient’s need for ongoing treatment and risk of recurrence.

Growing evidence demonstrates the value of MRD as a prognostic marker across a variety of cancer types. However, scientists must identify relevant targets to distinguish the small amount of mutated DNA within liquid biopsies. Scientists have established many “standard” biomarkers for certain cancer types due to how frequently they occur: for example, EGFR for metastatic lung cancer; KRAS for colorectal, lung, and pancreatic cancer; BRAF and NRAS for metastatic melanoma; and BCR-ABL1 for chronic myeloid leukemia (CML). Yet a variety of mutations can lead to a single type of cancer and, therefore, it has become common practice to sequence a patient’s tumor to find multiple biomarkers to track through serial liquid biopsies.

In the case of CML, MRD testing is a well-established component of a patient’s journey, as it can indicate when it is safe for patients to discontinue treatment with tyrosine kinase inhibitors (TKIs). TKIs have been therapeutically transformative for individuals with CML, granting them a relatively normal life expectancy. However, these drugs are costly and can limit a patient’s quality of life due to a number of side effects. Accurate and sensitive MRD testing can indicate a safe cut-off for TKI treatment, saving patients from years of expensive treatments and debilitating side effects.

Demonstrating the value of increased testing sensitivity, Dr. Ehab Atallah and his colleagues performed MRD analysis on 172 CML patients in the largest U.S.-based study of its kind. Individuals had achieved a major molecular response (i.e., BCR-ABL1 transcript levels below 0.01 percent for at least two years) via TKIs, indicating they were eligible to stop treatment. After discontinuation, Atallah’s team monitored MRD levels using ddPCR and qPCR. qPCR detected MRD in 28 patients, and half of them relapsed. ddPCR technology detected an additional 56 patients who harbored MRD that qPCR did not detect, and 36 of these patients (64.3%) relapsed. Meanwhile, in 87 patients, qPCR nor ddPCR detected MRD, while only nine of these patients (10.3%) relapsed.

Similarly, due to the technology’s limits of sensitivity, qPCR often cannot inform clinical decision-making in patients with mantle cell leukemia (MCL). In one study, ddPCR outperformed both qPCR and flow cytometry for detecting MRD at low variant allele frequencies of 0.01-0.001. The authors proposed guidelines for using ddPCR to evaluate MRD in MCL cases.

The utilization of MRD testing continues to grow for solid tumor cancers. For example, in a study of 150 patients, researchers profiled tumors using next-generation sequencing and then tracked two genetic biomarkers using ddPCR. Following surgery, the researchers found that the presence of MRD, as measured using ddPCR, predicted early relapse.

The utilization of MRD testing will continue to grow as mounting evidence demonstrates its prognostic value. However, highly sensitive tools such as ddPCR must be employed to take full advantage of this technique and deliver maximum value in patient care.