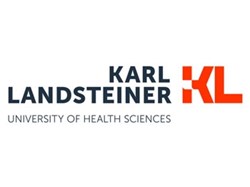 Weight loss and muscle wasting in cancer patients have a deleterious effect on bone metabolism. This is the key finding of a new study carried out at Karl Landsteiner University of Health Sciences in Krems (KL Krems). The study demonstrated a significant correlation between cachexia and elevated markers of bone loss. The results pave the way for new preventive strategies for targeting osteoporosis in this fragile patient group.

Approximately half of all patients with advanced cancer suffer from cachexia, a wasting syndrome characterised by significant loss of fat and muscle tissue, as well as systemic inflammation. Cachexia leads to metabolic changes in many organs, including the bone. Bone disease in cancer patients has been generally attributed to skeletal metastasis or hormone-based therapies. Now, a team of physicians of KL Krems has investigated whether cachexia could also contribute to bone disease in cancer patients.

“Our results show that cachexia increases bone turnover in cancer patients, possibly resulting in bone damage,” explains Dr. Sonia Vallet senior physician at the Department of Internal Medicine at Krems University Hospital who headed the study. The authors systematically evaluated markers of bone formation and bone resorption in the blood of newly diagnosed male cancer patients, to avoid interference of treatment and hormonal status with the results. Bone markers included fragments of carboxy terminal telopeptide of collagen (C-terminal crosslinks, or CTX), which is an indicator of bone resorption, as well as osteocalcin (Ocn) and procollagen type I N-terminal propeptide (PINP), both indicators of bone formation. At the begin of the study, weight loss, body mass index and muscle mass of the patients were recorded. This allowed the researchers to identify patients with cachexia (60%) or not (40%); the latter served as control group.

Using this approach, Dr. Vallet and her team demonstrated that the average CTX concentration in patients affected by cachexia was 40% higher than in the control group; whereas the values for Ocn and PINP were roughly the same in both groups. “Of course, this indicated that cachexia influences bone resorption, but to confirm the result, we calculated the ratio of CTX to Ocn and PINP for all patients,” explained Dr. Vallet. Once more, the data supported their finding: the ratios indicated high bone turnover in far more than half of the patients with cachexia (CTX/Ocn: 68%, CTX/PINP: 60%), in contrast to less than a third of the patients in the control group (20% and 31%, respectively).

Two factors, in particular, were associated with high bone turnover in cancer patients: an increase in C-reactive protein, which is an indicator of inflammation, as well as a lower concentration of albumin, an indicator of malnutrition. Both high serum levels of C-reactive protein and low serum levels of albumin are frequently observed in cachectic patients, thus strengthening the association between cachexia and bone resorption.

“Our findings highlight the complexities of bone metabolism in cancer patients, and they could lay the foundations for preventive measures, such as bisphosphonates, to prevent osteoporosis and bone fractures in cachectic patients,” Dr. Vallet says, underlining the long-term significance of the study. With this study KL Krems has once again highlighted its research focus on clinical problems – and its strong potential in terms of improving patients’ quality of life.