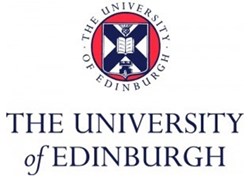 Fresh insights into damaging proteins that build up in the brains of people with Alzheimer’s disease could aid the quest for treatments.

A study in mice reveals how two proteins – amyloid beta and tau – work together to disrupt communication between brain cells. Scientists observed how the proteins team up to hamper key genes responsible for brain messaging. By changing how genes are expressed in the brain, the proteins can affect its normal function. These changes in brain function were completely reversed when genetic tools were used to reduce the presence of tau, researchers at the University of Edinburgh found. The study focused on the connection points between brain cells – known as synapses – that allow chemical and electrical messages to flow and are vital to healthy brain function. Stopping the damage that the two proteins cause to synapses could help scientists prevent or reverse dementia symptoms, the researchers say.

In both the mouse model and in brain tissue from people with Alzheimer’s disease, the team found clumps of amyloid beta and tau proteins in synapses. When both amyloid beta and tau were present in the brain, genes that control the function of synapses were less active. And some of the genes that control the immune system in the brain were more active. Related to increased immune system activity, the scientists observed immune cells called microglia containing synapses in the brains of mice. This adds to findings from recent studies suggesting that these immune cells consume synapses during Alzheimer’s disease.

Alzheimer’s disease is the most common form of dementia, affecting some 850,000 people in the UK – a figure predicted to rise to more than one million by 2025. It can cause severe memory loss and there is currently no cure. Lead researcher, Professor Tara-Spires Jones of the UK Dementia Research Institute at the University of Edinburgh, said: “More work is needed to take what we’ve learned in this study and find therapeutics – but this is a step in the right direction, giving us new targets to work towards."