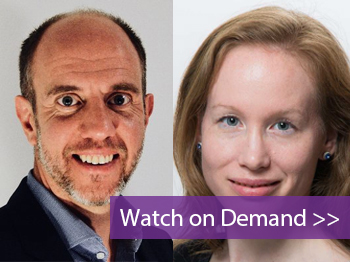 With over 59,000 cases of infection and 725 deaths, the COVID-19 pandemic represents a heavy healthcare burden in Luxembourg, as it does across the world. The Luxembourg government has set-up a large-scale testing strategy that is structured, targeted, and flexible with the aim of testing representative samples of the population where COVID-19 PCR tests are offered to residents and cross-border workers.

This on-demand SelectScience webinar focuses on large-scale testing and describes the COVID-19 activities, including evaluation and implementation of diagnostic methods in virology and immunology, epidemiological studies, as well as research and development activities.

Read on for highlights from the Q&A discussion with Dr. Jasmin Schulz, strategic programme officer at Luxembourg Institute of Health, and Paul Wilmes, spokesman of the COVID-19 Task Force. To watch the full webinar on demand, register here.

JS: Currently, rapid testing is being rolled out in schools. Positive cases identified through these tests will still need to be confirmed by PCR testing. The sensitivity of such testing may lead to a high rate of false negatives. I would think rapid testing can help if there is an outbreak at a school and many participants need to be tested quickly. However, it should not replace the gold standard of PCR testing.

PW: What I might add is that we ran simulations, and what is obvious is that the sensitivity of the rRT-PCR-based tests is much higher. For this to work in a broad context, one must have high levels of replication for the antigen test, given this lower sensitivity. We figured that, for one rRT-PCR-based test, you would need to perform three to four rapid antigen tests to get to the same level of detection. So, for us now in terms of the program, PCR testing is still necessary.

Q: What do you think will be the evolving role of PCR testing in your large-scale testing programs in relation to the implementation of vaccinations?

JS: The PCR testing campaign has been continued. The third phase was launched in mid-March, which will run to mid-July or end of July, with a possible extension until the end of September. This is running in parallel to the vaccination campaign that will remain important to screen the population regularly to identify people who have been vaccinated and who have contracted the virus.

Q: Why check wastewater to monitor COVID-19? What are the advantages of using this approach?

JS: Our initial assumption was that we could correlate the prevalence of the virus in a local area with the abundance of the virus in the respective wastewater. This could then be an indicator of a flare-up in a certain region and we could make use of that to target the large-scale testing in specific regions. This was one of the reasons why wastewater monitoring is so important to us.

PW: There is also the cost, which is, in comparison to large-scale testing, much lower. One can basically thereby get a population-level snapshot every week. That, coupled with the finer-scale results from the large-scale testing, really allows you to get a good understanding of the epidemiological status of the entire country.

JS: I would like to re-emphasize that this is not a study performed at several wastewater plants. This is a study covering the entire country to give a good overall picture of the pandemic and not snapshots in specific cities of the country. It's a comprehensive overview of the country-wide status.

Q: What has your experience been monitoring the different variants of SARS-CoV-2?

PW: In relation to other European countries, Luxembourg is doing quite well. We are typically sequencing on the order of more than 20% of positive samples now. We have a very good understanding of the variants that are in circulation in Luxembourg. This is something that will continue along with large-scale testing and in relation to the vaccination campaign.

Q: What level of transmission was measured in schools? Was there a difference in this level between students and adults in the school environment?

For example, we saw that we had this early epidemic wave in the summer of last year. If we compare that to the first wave, the dynamics were quite different in the second wave, and the prevalence among teachers and pupils was on par. There was no real difference. Again, that was lower compared to the broader population. Interestingly, for the first wave, this was quite different. The prevalences on a weekly basis were higher among teachers compared to pupils. Similar situations have been described for other countries. I know of studies in Italy and Austria that came to similar conclusions.

Q: In the first wave of the pandemic, PCR reagent stock was sometimes critical. Are alternative technologies such as LC-MS that use more commonly available solvents being considered as potential alternative screening techniques?

PW: This was certainly a concern at the time. At the time, there was a lot of talk about border closures. So, we were particularly nervous about this, and we did look at other alternatives. The issue there is that, in relation to sensitivity and specificity, the rRT-PCR method is the gold standard. It is also for that reason that we only saw this as the way forward for large-scale testing. Now with regards to the rapid antigen testing, there's an alternative but also there is still the need for rRT-PCR-based tests.