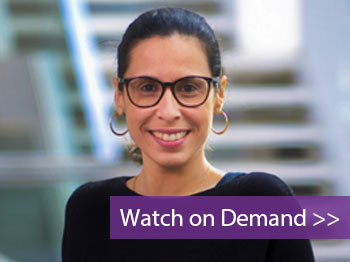 Imaging of biomaterials composed of low-Z elements can be challenging with typical X-ray absorption-contrast imaging, in which the pixel grey level and electronic density of the chemical elements in the sample are directly related. The ZEISS Xradia 810 Ultra with Zernike phase-contrast technology presents a new solution for imaging these types of specimens.

In this recent SelectScience webinar, Dr. Juliana Martins, leader of the X-ray imaging group within the Chair of Microstructured Material Design at Martin-Luther-University Halle-Wittenberg, discusses the benefits and applications of three-dimensional high-resolution Zernike phase-contrast X-ray imaging for qualitative morphological characterization of biomaterials, with a focus on electrospun fibers.

Read on for highlights from this webinar’s Q&A discussion with Dr. Juliana Martins and Dr. Fang Zhou from ZEISS >>

Q: What is a typical sample size used in imaging experiments?

JM: The typical size of the sample depends on the type of the sample. If we are working with a sample that is composed of elements with high electron density, we have to reduce the size of the sample. It can be something like a cylinder of 20-micron diameter or even smaller, depending on the electron density. But for the examples that I gave today with gelatin or polymer fiber, these samples were composed mainly of carbon, which doesn't absorb a lot of X-rays, so we can deal with a much larger sample size. If you have a really electron-dense sample, you would have to go to a sample size that you cannot see with the naked eye. And with a sample that is not highly electron-dense, maybe you can even see the sample and cut it with a pair of scissors. This mainly depends on the composition of the sample itself.

Q: How did you decide on the imaging mode? When you receive a sample, how do you decide between phase-contrast imaging or attenuation imaging?

JM: This is basically the same as what I said for the last question regarding the electron density of the material. That's a general rule of thumb. If you have a sample that is composed of carbon, you won't be able to use attenuation imaging. In that case, you would have to use phase-contrast. If you're working with a sample that is composed of different elements that are highly absorbing, you can go to absorption-based or attenuation-based imaging. Sometimes if you are interested in small cracks in your sample, then it's really important to go to phase-contrast imaging because you're going to see the crack much, much easier than when you're using the attenuation-based mode. You have to keep in mind the electron density of the elements composing your sample, and also what features you’re interested in looking at.

Q: How long does it take to acquire a 3D image, for example, of the electrospun fibers that you showed, at the highest resolution?

JM: Again, this varies according to the sample. Electrospun fibers are an incredible, easy type of sample to work with. It's easy to prepare the sample – it can take something like 15 minutes to prepare the sample and then insert it in the device. And the imaging itself, for the electrospun fibers mat, it was something around two to three hours. For the electrospun yarns, they were in the same range more or less, taking two to four hours to image them.

If we are working with a sample that has high electron-density, it means that, at the very end, less X-rays are going to reach the detector because a lot is going to be absorbed by the sample. This means that we would have to increase the exposure time for each projection so we could have, at the very end, an imaging experiment that can take something like 30 hours. I personally don't like doing that. I try to reduce the times. For all the results that I present in conferences and so on, my rule of thumb more or less is 10 to 12 hours for one imaging experiment.  More than that and I think the throughput is quite low and the quality is not really improved if you increase exposure time.

Q: Could I use this technique for characterizing the surface modifications in microelectrodes?

JM: In principle, yes. I say in principle because the choice for this technique will depend on the size of the features that you want to visualize. If you want to visualize features that are much smaller than 100 nanometers, I wouldn't recommend this technique. I think there are other techniques that could provide faster results because you are interested on the surface. But if you have features which are larger than 100 nanometers and they're deeper, you're talking about a surface that has a thickness of more or less 20 microns, then I see a point of using X-ray imaging. So, yes is the answer to your question.

Q: How are the pores singled out from 3D reconstructions. Should the void in the network be one large pore?

Q: To produce nanometer resolution images, how much time is needed to produce these scans? Do you think that these types of analyses have a chance to be included in the industrial world?

JM: Definitely. As you might have seen in my slides, I also work at the Fraunhofer Institute. Fraunhofer provides this imaging as a service. So, starting from the beginning, you asked about the time. For high resolution, let's imagine that I can get a decent or high-quality result in roughly eight hours for the gelatin electrospun fibers that I've shown today. Eight hours of a measurement, this has the cost, of course, but all the calculations and all the estimations that can be done from one single data set that would prevent you from needing to do further analysis. I think this is quite precious. So, my answer to you would be yes, it could be implemented in the industrial world.