Read the highlights and Q&A from part three of the webinar series: Innovations in Laboratory Efficiency and Analytical Workflows 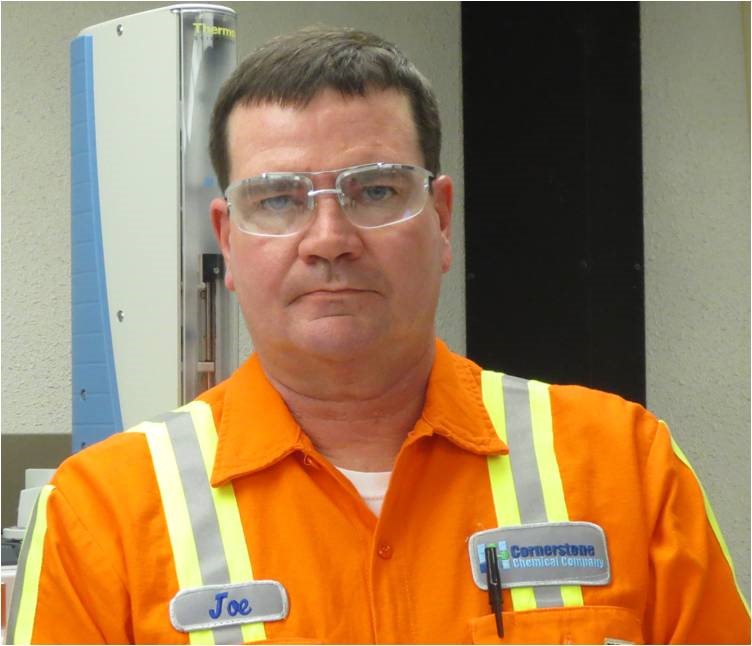 To effectively manage the data output across the entire facility, Joe utilizes the Thermo Scientific™ Dionex™ Chromeleon™ 7.2 Chromatography Data System (CDS) software. The Chromeleon Software is the first CDS that combines management of both separation and mass spectrometry, which Joe describes as a major benefit, enabling users to run all instruments using the same interface and methods. He explains how this integration means he can now control all instruments from all nine plants from the comfort of his home, if needed.

One of the instruments Joe manages using the Chromeleon Software is the Thermo Scientific™ ISQ Single Quadrupole GC-MS system. Joe highlights that a key feature of this technology is its modularity, particularly when it comes to running irregular, once-a-year, type tests such as for nitrogen phosphorous. With removable detectors and injectors, the system is highly flexible and can be tailored to suit the needs of his analyses. Joe notes that the ion source utilizes a snap-in, plug and play module, whereby the two filaments are situated just 1mm apart from each other. This unique formation allows for uninterrupted analysis if a filament blows during use, unlike other instruments.

Enhancing the performance of your GC

Following on from Joe, James Pachlhofer, Business Development Specialist at Thermo Fisher Scientific, continues by discussing how to enhance the performance of your GC with programmed temperature vaporizing inlets (PTV), comparing it to a traditional Cold on Column. He highlights the Thermo Scientific™ Trace 1300 Series GC, which has interchangeable modules, enabling you to run a variety of methods with no recalibration required. One such module is the PTV, which James demonstrates using an example of simulated distillation, whereby gas chromatography is used to perform boiling point separation, as opposed to fractional distillation. He explains that the process is faster and requires less set up and manual intervention.

James notes that the use of Cold on Column inlets is common due to their simple and robust nature, which avoids discrimination and can be less expensive. However, he states that as they are dedicated inlets, they have limited to no flexibility and can often require increased maintenance. In comparison to this, the PTV was designed as gas chromatography evolved and James explains that, despite being more complex to set up and typically more expensive, they are very flexible, allow larger sample sizes, offer cryo capabilities, and are easy to automate, bringing significant operational gains.

James concludes by highlighting that the PTV inlets provide greater capability than Cold on Columns, but that enhanced capability requires more thought and care when it comes to method development. He advises that when transitioning methods from older equipment, be prepared for a transition that will require new development or alteration from the existing methods.

Read on for highlights from the Q&A session or watch the webinar on demand here.

What is the major benefit of standardizing on the Chromeleon Software?

JW: Before we standardized using Chromeleon Software, we had about seven different data systems and it was a very complicated process to train our lab technicians and lab operators to use them. After we standardized it for the site, it became much easier because it was only one platform. Anybody could walk up to any instrument (GC, LC, IC, GC-MS) and run their samples through the software. One of the biggest benefits for me is having access to everything, without needing to leave my office. This is a huge advantage because we have a 450-acre facility, with nine satellite laboratories.

Have you ever taken advantage of the ability to remove the GC detector?

JW: Something that I do quarterly, when I’m running some really nasty process samples and I know I’m going to foul the detector. I simply pull out the detector and replace it with a spare flame ionization detector. This is easy to do - it just requires replacement of three screws and the column, and then it’s ready to roll. I now have three months to clean the fouled detector in my own time.

JP: I second Joe’s comment. I had an FID on one of my high temperature simulated distillation instruments that became noisy because of some residual material that had made its way through the column and deposited on the flame jet. Rather than disassemble the detector, I pulled the module off, swapped in a new one and it was up and going in a matter of a few minutes. I was then able to clean the flame jet at my leisure, put the detector back together and it was ready to go. It truly is a time-saving and money-saving feature of the instrument.

Do you use any of the technology discussed in this webinar? Write a review today for a chance to win an Amazon voucher worth $400 (or equivalent currency) or an iPad Air®.