Expert Insight: Masterclass on the production of therapeutic proteins 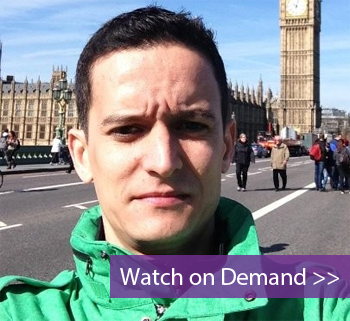 Mammalian expression systems are the preferred system for the expression of mammalian proteins and can be used for the production of antibodies, complex proteins, and proteins for use in functional cell-based assays. However, these benefits are coupled with more demanding culture conditions.

In this expert SelectScience® webinar, now available on demand, Dr. Rodrigo Ribeiro, from the Eppendorf Group, discusses the classes of therapeutic proteins, the different protein expression systems available, and aspects to consider when selecting an optimal expression system. He focuses on two of the most traditional platforms for the production of biopharmaceuticals, E.coli, and mammalian cells.

Should I give up on the E. coli expression system and move to the mammalian?

RR: I think what you have to analyze first is the type of protein that you're trying to express. The characteristics of your target protein should be the decision driver when choosing the protein expression system. I know that probably E. coli is the one that's used most in research labs because it's really easy to work with this workflow. But it depends on the type of protein that you are working with.

The complexity of the protein and the presence of post-translational modifications are important. If you can do a bioinformatics study beforehand and see if there is any post-translational modification, which is important for the protein folding and also activity, you can then use this information to decide if the bacterial system would be able to express and fold your protein properly.

If you're trying to express big and complex proteins in E. coli, you're going to end up with insoluble and inactive proteins, and then that's a very difficult challenge to overcome. There are some ideas and some alternatives to try to increase solubility, but sometimes using those approaches is not enough to solve this issue.
But I would say that first, you have to analyze the protein that you are trying to express, for the complexity, for the presence of post-translational modification. And then if you are struggling too much, if you are facing the challenges that I listed here, maybe you should then consider switching to the mammalian protein expression system.

Could you elaborate more on what codon harmonization means?

And why we can do that, you remember that most amino acids are specified by up to six different codons, and then we can change the codons and still get the same protein. Different organisms, different tissues, use different codons to encode the same polypeptide or the same protein. And you can minimize the presence of those rare codons, meaning that you're going to get a more stable mRNA, and then you get higher protein yields.

What do you think the future of therapeutic proteins looks like?

RR: This is a topic that we as a company are following closely. We can see now that there is a big trend towards the mammalian expression system. I think that's mostly driven by the types of drugs that are being developed, and then there are also the types of drugs that are being approved for clinical trials. You can see that in the past couple of years, the number of monoclonal antibodies that are being approved, or that are going through clinical trials, is increasing quite a lot, and that means that you have to use the mammalian expression system.

What promoter do you use in HEK cells? Do you use translation enhancers, and also are there any cell boosters that you use?

What would be your best advice for people performing similar work?

RR: As I said before, I think a deep analysis of your target protein, what you are trying to express: type of protein, if it is toxic or not, the complexity, the presence of post-translational modification. So before going to the lab, picking your expression system, and starting your experiments, I would highly recommend doing a deep bioinformatics analysis, and with the help of a bioinformatician, of course, because sometimes we, molecular biologists, do not have deep knowledge of the available bioinformatics tools. And I think the in-silico part of your project - analyzing the protein sequence, the presence of the modifications, the complexity of it, with the help of a bioinformatician - is the most important part before going to the lab and trying to express it.

To learn more about the production of therapeutic proteins, watch the full webinar here>>