Expert Insight: How to Achieve Optimal Results from Cell Sorting 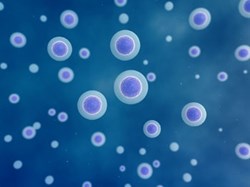 Do you use a cell sorter and want to improve your results? In a recent SelectScience webinar, now available on demand, flow cytometry lab directors Dr. Peter Lopez and Dr. Rui Gardner deliver a masterclass in how to achieve optimal results from cell sorting.

Think you could benefit from this webinar, but missed it? You can now watch it on demand at a time that suits you and also find the highlights from the Q&A session below.

Q: How should you use the fluorescence minus one (FMO) controls to set the gate?

RG: The FMO controls are used the same way as with acquisition or analysis. FMOs are all the colors and fluorochromes added up except one, where you're going to set the gate between positive and negative. But when it comes to sorting several populations, you want to consider being a bit more restrictive in terms of gates, to make sure you're able to separate those two or more populations and that you don't have an overlap between them.

Q: What is the best cell concentration?

PL: I’d say that the thing to do is to keep cell concentrations in mind, as well as the time that it takes to do certain sorts at a certain flow rate, — but then also consider the percentage that you're looking to purify and how many cells you might need for the downstream assay, for culture, for genomics etc. Then if you back-calculate this, it will tell you how many cells you would need and how fast you would need to go in order to get that in an amount of time — because sometimes time is limited.
Once you come up with that number, multiply it by 1,000, and that number will give you the actual concentration itself. For example, if you needed to do 10,000 cells per second, to get enough cells that are desired in a given amount of time, you would simply say 10,000 times 1,000 to give you the best concentration.

PL: In that particular case, there were two gates, there was a high gate and a low gate and the investigator was simply looking to get the highest and the lowest side of the populations to keep them separate. They had a particular number of cells in mind, and that's how they were selected. So, that could be one method where you would say, "I need a certain amount, I need 10% high and 10% low,” and just go on the extremes. But there are a lot of other ways to select those gates. For instance, some of these would be based on the pattern of the staining based on the FMO, but something like CD25 in a T regulatory cells sort has kind of a distinctive pattern, so that would be based again on the FMOs and so forth.

Q: For post-sort analysis, you recommended an extensive cleaning beforehand.  How should this be done?

PL: There are any number of ways to do it. One thing to check is to see if there is anything that looks like the previous sample when putting a sample without cells through the machine. That would tell you that you need to do more cleaning. The best way of doing this is to do re-analysis on another machine. You can run detergents through the machine – some people like to run bleach – but whatever you use, you probably will need to clear that out. Whatever you're doing for cleaning up a sample, it can be pushed through the machine aggressively at a higher pressure, if you have that option on the cell sorter.

Q: The flow rate is recommended at 1.0, or can it be higher?

RG: You want to run at the lowest flow rate possible because that's going to guarantee the maximum resolution. But as you increase the flow rate you may lose resolution, so try to run it as low as possible. It doesn’t mean that you can’t go with the maximum flow rate from the instrument, you just need to take a look at your passenger populations and see if, as you increase the flow rate, you’re losing resolution. If you have two populations that you're trying to sort that are very separate, increasing the flow rate to 10 or to 11, depending on the instruments, is fine.

You also want to make sure that there's no fluid instability. At a higher flow rate, you will also have more cells running through, so the probability of clogging also increases. All of this combined is something that you adjust and monitor while you're sorting.

PL: I will just add that the notion of a number such as 1 or 10 or 11 can be different depending upon the instrumentation. On some machines, this is called differential pressure, in which case the number is a pressure that might be 60.1 or 60.5 when you're sorting with a pressure of 60 on the sheath fluid.

Missed the webinar? Watch it on demand now>>