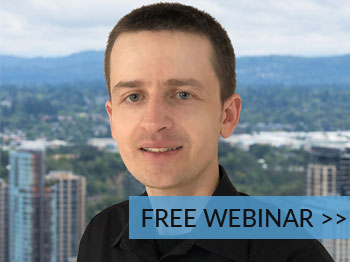 Cell sorting has become an indispensable tool used for isolation of different samples ranging from large tumor cells and neurons to small nuclei and bacteria. Even as cell sorters become automated and easier to use, challenges associated with sorting these biological samples continue to exist.

Watch this on-demand educational webinar with applications scientist Dr. Miro Koulnis to learn about the key aspects of sorting that should be considered to ensure optimal sorting results for different applications.

Read on for highlights from the live Q&A session or register to watch the webinar at any time that suits you.

Q: Does higher sample pressure cause a loss in viability?

MK: I would say no. There's evidence that the overall system pressure is different between nozzles, and that is the major factor in cell viability. This is why the 130-micron nozzle, which runs at only nine PSI, is more gentle on the cells than the higher pressure nozzle. So, whether you run your sample into the nozzle at a low or high setting on that nozzle will only marginally affect viability, or not affect it at all.

Q: What tips can you suggest for sorting nuclei in three microliters of buffer?

MK: I would suggest using the angled plate holder, if it's available for the instrument, and doing a really good plate alignment. I would also use a larger nozzle and maybe go slower, so that the staining is reduced. I would de-static the plate in the sort chamber to get rid of static and then I would spin the plate down at the end of the sort, to be sure that the cells reach the buffer.

Q: Does the use of viability dyes interfere with RNA sequencing downstream?

MK: I would recommend that you use a DAPI viability dye for staining cells and nuclei, because DAPI binds to the AT regions of the DNA and it really doesn't interfere with the downstream sequencing reactions. We also know that DRAQ7™ and Zombie Violet™ are very popular in sorting applications and they can be integrated with the downstream sequencing processes. In some cases, dyes like propidium iodide (PI) are also used for viability prior to sequencing and they're not expected to interfere. The reason is that PI intercalates into the DNA of only dead or dying cells - it doesn't really bind to the live cells. Once you sort the live cells into your collection volume, whatever minute volumes of your propidium iodide that there may be in that droplet will be washed out because your droplet is very small.

Q: Can I sort nuclei using a large nozzle? And, if I use a very large nozzle, is there a higher chance of getting two nuclei in one big droplet?

MK: You can sort very small particles with the big droplets and the chance of getting two nuclei in the same droplet is no different between the different nozzles. In Sony instruments, the detection point is the same across the three different tip sizes that we offer - the data detection occurs in the same manner. The only difference with a bigger nozzle is that you have to run your nuclei prep slower because your droplet rate is slower. So, with any nozzle, if you just stick to one particle every four or five anti-droplets, droplets with two cells will be put to waste. The custom sort modes in the software can also be used for the added level of stringency.

Q: When sorting nuclei stained with a viability dye, what sort mode should be used to get high purity and high yield?

MK: If purity is your primary concern, then perhaps you can take one of the four purity modes that we discussed in the webinar. Purity and yield are inversely related, so I would suggest that for the acceptable purity and appreciable yield, you use the normal mode. That's the least pure of the four that we discussed. This mode gives you about 92% to 95% purity, but it gives you significantly over 80% of the expected yield. Of course, that depends on the speed, so if you slow down your sort, and this will lower any droplet, of course, that will all increase your yield into the tube.

Q: What would be the minimal optimal volume in 96 and 384-well plates?

MK: It really depends on whether you're sorting cells for tissue culture or for qPCR. If you're sorting into a 96-well tissue culture plate, the more buffer the better, without splashing or spilling. People typically do 150 microliters into the 96-TC format. For 384, you would go halfway full, so about 50 microliters. For the qPCR applications, that really depends on your kit and the lysis buffer volumes. Those are typically very small, so anywhere between two and five microliters is common.

Q: How can you prevent the presence of air bubbles appearing in the chip?

MK: I think for all the high-speed droplet sorters the big issue is definitely air bubbles. In systems like that, we have a sheet filter that acts as a ‘bubble trap’. A very common troubleshooting step if the stream becomes unstable is to stop the sort and de-bubble the sheet filter. There are also tricks like priming or, if you will, basically doing the chip de-bubble, or nozzle, like a flow cell de-bubble process. You could also run 70% ethanol in order to get rid of the air. Those are the most common tricks.

Q: How do you recommend removing static from plates before sorting?

MK: There are a couple of main methods. When we talk about static, that could be during the plate alignment. The sticker or the plate cover can have a lot of static on it, and you just wipe it down with water and then ethanol. If you are concerned about static inside the actual plate, you could use an antistatic gun. You just basically point it at the plate and that equalizes the charge inside the plate. But I would say the majority of static appears to be on the plate cover, so you just wipe it down with water and ethanol, and that should cover it.

Q: When I'm analyzing large cells, how do you visualize them on FSC/SSC plots, as large events tend to pile up at the end of the axis?

MK: In my experience, that really depends on the way that you've adjusted the gain on your forward and side scatter detectors. Typically, the sorters will give you a certain detector range, which will be appropriate for just about any typical cells that people work with. There aren't that many instruments that do very large multinucleate particles, so instruments already should be able to handle pretty much all the different cell sizes. You just need to reduce the voltage gain on your forward and side scatter detectors to be sure that the cells are in view. Then, anything off-screen is typically doublets or triplets, and large aggregates of cells.

Q: Do Sony cell sorters have cooling capabilities on both the pre- and post-sorting end?

MK: Yes, Sony sorters do have that capability. In the sample chamber, where your sample sits for, let's say, an hour-long sort, we're able to chill that to 5 degrees Celsius, and that's done thermoelectrically. You have a metal sleeve that keeps the cells cold. The same thing goes for the sort chamber, or the collection chamber, where your collected cells would sit — that is also thermoelectrically cooled. There's basically a device that chills the tube holder for the duration of the sort.

Q: If someone has a population of cells, where some express GFP and some express tomato red, and they'd like to sort out just the GFP-expressing cells, would they need to compensate or can they measure GFP and sort?

Q: How small is the resolution on the cell sorter? Can I sort exosomes, for example?

MK: Exosomes are pretty small — they range from 50 to 200 nanometers in size. Probably the issue on most cell sorters is that your scatter resolution is generally down to only half a micron, so the exosomes typically are below the threshold of detection. You usually cannot resolve them on such systems. Some users have tried sorting exosomes by staining them prior to analysis, using fluorescent dyes to increase the sensitivity. They use particle-free fluid sheets, and different controls, but I think that's a really hard application for a cell sorter to handle. I would imagine that what you think are exosomes in fact turn out to be debris, and maybe some exosomes as well.