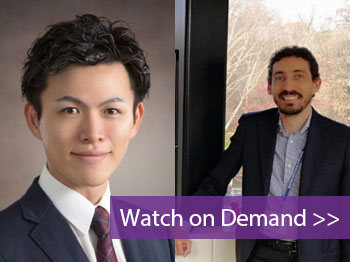 Now easily integrated into liquid chromatograph systems, mass spectrometry (MS) is increasingly recognized as an orthogonal detector that adds extra information to UV-based photodiode array (PDA) detectors. Analysis of chemical compositions and/or impurities is a typical application employing both PDA and MS detectors for enriching the information obtained from a single analysis.

One barrier to the adoption of MS detectors has been software to simplify the interpretation of PDA and MS data. Shimadzu’s compact LC-PDA-MS system operates on LabSolutions software, which is now equipped with deconvolution algorithms for both PDA and MS data.

In this webinar, Dr. Ash Toyama, and Dr. Davide Vecchietti, from Shimadzu Corporation, reveal a streamlined workflow based on the dual deconvolution for resolving complexities caused by insufficient chromatographic separations. The approach is suited for both routine and research laboratories seeking to reduce time from samples to results.

Read on for highlights from the live Q&A session or register to watch the webinar at a time that suits you.

I am already working with data where UV peaks are labeled with mase to charge ratio information. How is Mass-it different from the previous art?

Is Mass-it something I need to purchase at an additional cost?

AT: No, it's already implemented in the operating software solution, so there is no extra charge.

Is Mass-it only available for LCMS-2050? Can it be used for triple quad data or quadruple time-of-flight data?

AT: As of today, it’s only available for the LCMS-2050, the single quad LC-MS. But we have plans to translate the same type of algorithm to the other instrumentations in the future.

What is the highest similarity between molecules that the algorithm can resolve?

DV: It's difficult to provide a specific threshold when we speak about similarity. We have data that shows, for example, molecules with high similarity, such as 0.99, can be correctly resolved by the algorithm. In general, we have to say that when we speak about very high similarity, some components of the spectrum can affect the algorithm. So basically, we need to try to acquire the spectrum in a very high resolution and generally, we have to exclude some wavelengths in which we have noisy regions. For example, we recommend cutting out regions with low wavelength, such as, 190 to 200. But generally, it seems that for the data we have so far, the similarity of the molecules is not the most critical aspect for the algorithm. So, it's able to work properly even in the case of high similarity.

The algorithm employs an iterative method. What is the average calculation time?

DV: Generally, the average calculation time is a few seconds. It is true that the algorithm is using an iterative method, but generally, this approach is considering some thresholds. Even in the case of a very complex mixture, we cannot continue the iterative process a lot and so generally the calculation time is not long. One of the most critical aspects is that we can focus the attention on a specific portion in which we have the peaks or overlap peaks. So, by excluding the majority of that part of the chromatogram, we can enormously reduce the calculation time. So, generally it's no more than one or two seconds.

DV: Yes, thank you Ash for pointing that out, because this is also the approach used for Intelligent Peak Deconvolution Analysis II (i-PDeA II) too, it's embedded in the method and when you open the data file, your result is already included in the data file. You don't have to wait longer.

Is the algorithm developed with a specific analytical condition in mind?

DV: In the initial stage, we developed this algorithm in collaboration with our partners in the pharmaceutical industry, basically targeting the impurity analysis. In fact, one of the latest updates of the algorithm is a functionality which improves the accuracy for the low-level peaks, generally 0.05%, 0.1 % or 0.2% which are the most common reporting levels for impurity analysis. But of course, we immediately recognize that the applicability of this algorithm is much wider and anytime you have overlaid peak you can use this algorithm with the PDA.

For example, with high-throughput screening we can try to increase the analytical time, maintaining the analytical information, just reducing the chromatographic time, or in the case reaction monitoring to look for hidden peaks that are co-eluting for some intermediates for example. But as a general rule, our idea is to provide this as a tool that can be used in routine with the PDA.