Editorial Article: The role of the complement system in infectious disease: Expert opinion on future diagnostic and therapeutic potentials

Explore the role of the complement system in infectious disease and discover the immunoassays that drive research, diagnostics, and therapeutic monitoring 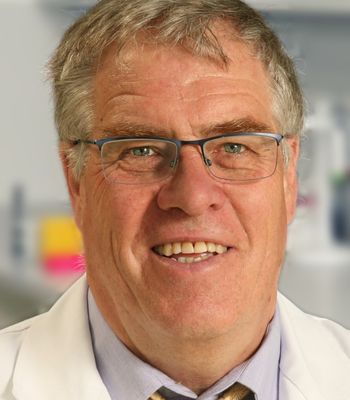 Prof. Reinhard Würzner, Deputy Head of the Institute of Hygiene & Medical Microbiology, Medical University of Innsbruck, Austria is an immunologist and medical microbiologist.

To learn more about this subject, we spoke to expert, Prof. Reinhard Würzner, previous European Complement Network President and current Deputy Head of the Institute of Hygiene & Medical Microbiology, Medical University of Innsbruck, Austria. In this interview, Würzner discusses key biomarkers of complement activation, the development of complement-targeting drugs, the importance of good immunoassays for complement research, and a new research project investigating opportunistic infections in immunocompromised individuals.

Complement as a biomarker for diagnosis of infectious diseases

The complement system plays an important role in the immune response to many diseases, although the precise mechanisms of action have not always been clear.  The system is very complex, with many regulators involved in its activation in the presence of an infectious disease. Consequently, the molecules involved in complement activation have the potential to serve as biomarkers that could be used to determine if deficiencies, overactivation, or other dysregulation of the complement system are present.

Complement activation results in a huge increase in C4d, which makes it a very specific biomarker for the classical pathway.

C4d is another key biomarker of complement activation, which has been associated with autoimmune disease.1 “Complement activation results in a huge increase in C4d, which makes it a very specific biomarker for the classical pathway. A decrease of C4, the mother molecule is, by comparison, much more difficult to detect when this molecule is consumed by classical pathway activation, as levels will only be decreased by, let's say 10% or at most 20%” explains Würzner.

Characterizing dysfunction and dysregulation of the complement system in infectious disease is a key step in determining suitable treatment strategies. “When you have overactivation of the system, which you can see as an increased level of markers, or you detect defects in the complement system, such as identifying proteins which are missing, this information can be used to inform the start of treatment,” describes Würzner.

Würzner’s laboratory developed the first inhibitor of human complement, the forerunner of eculizumab – a therapeutic antibody used in the treatment of a range of diseases, including atypical hemolytic uremic syndrome (aHUS) and paroxysmal nocturnal hemoglobinuria (PNH). “In the late eighties we generated monoclonal antibodies, anti C5, C6, C7, and one of the anti-C5 monoclonal antibodies was shown to be highly inhibitory. This antibody was later bought and humanized to become a forerunner of eculizumab,” Würzner explains.

Studying the complement system in opportunistic infections of immunocompromised individuals

The discovery of individuals with deficiencies in the complement system has led to an enhanced understanding of the importance of the complement system in immune defense. Further, it has aided the consensus that the clinical diseases most frequently associated with complement defects include bacterial infections and autoimmune diseases.2 However, Würzner explains that the role of complement in these infections is still not well understood, which is why the competitive European project, Complement Regulation and Variations in Opportunistic Infections (CORVOS), was set up and subsequently funded by the European Union. CORVOS includes 15 different projects in the field led by 15 Ph.D. students from all over the world, working at 10 universities in Europe in the labs of complement experts.

The future of complement-targeting therapies in infectious disease

The role of immunoassays in drug development, diagnosis, and response to treatment

It’s important to have good tools to measure the effect of these inhibitors.

It is clear that reliable assays are required for monitoring the complement system in infectious disease and Würzner notes that there are a number of companies in this space that are producing good assays. One company that is providing the research field with high-quality assays is Svar Life Science which is providing, among many other assays, the Complement C4d assay mentioned above and the Wieslab® Complement System Screen. Würzner was part of the consortium, led by Moh Daha, which developed this assay in the early years of this millennium, also as a European expert initiative. This functional assay for all pathways is used for the qualitative and semi-quantitative determination of the functionality of the classical, alternative, lectin, or terminal complement pathways, and the determination of complement deficiencies in human serum. SVAR has recently used income from this assay to introduce prestigious annual SVAR complement prizes.