Protein biology is a constantly developing field that is gaining more relevance in areas such as immunology and drug discovery. In this exclusive interview, Dr. Darren Cawkill, project director for Apollo Therapeutics, and Dr. Jon Hutchinson, senior scientific investigator for GSK (GlaxoSmithKline), discuss current trends in protein biology and how they expect proteomics to be involved in the future. They also provide an overview of the upcoming ELRIG Research and Innovation 2020 meeting, taking place in Oxford, UK, 31 March - 1 April, including highlights from the scientific program and what attendees can expect to see.

Why is our understanding of protein biology fundamental for drug discovery?

DC: Protein biology is important for drug discovery because in most, if not all cases, the cause of a disease is through events that involve abnormal behavior of protein. That can manifest in a variety of ways. It can be upregulation; it can be downregulation of expression of specific proteins. It can be mislocalization of protein, misfolding of proteins. It can also be abnormal activation or deactivation of proteins. Understanding these characteristics of protein behavior in both disease and normal conditions is what underpins target validation for drug discovery.

JH: We then need to look at how to go about intervening with the targets - what's the right modality to correct the disease process caused by abnormal protein behavior? For example, with a protein degrader, a PROTAC, you need to understand the dynamics of the target protein - how quickly is it synthesized? How quickly is it turned over? 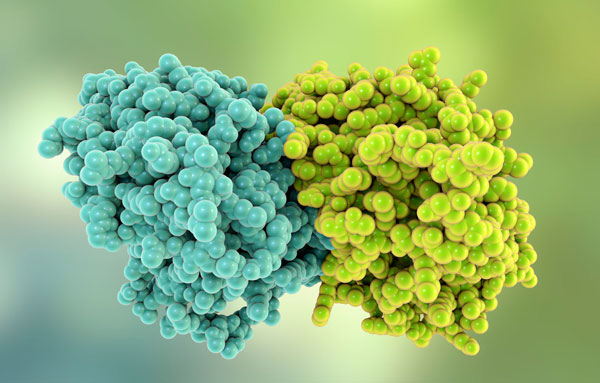 Studying proteins inside cells is complex and technically challenging

What are some of the current challenges associated with protein analysis?

DC: The structural side of protein biology is quite routine for many classes of proteins such as kinases, where the link between protein structure and function is well understood. For larger proteins, membrane proteins and protein complexes - this information is typically absent and hence there is a gap in our knowledge about how the protein structure influences function. For example, many structures represent a single form of a dynamic protein and we do not know whether it’s an active or inactive form, or somewhere in between.

The methods we have for understanding what proteins are doing inside cells are still quite basic. Often, we study proteins in isolation or in simple systems. That’s not always necessarily physiologically relevant or it doesn't represent the protein inside the cell. In the future, studying proteins inside cells, which is still quite complex and quite technically challenging, will hopefully become easier and more detailed.

What trends have you seen in the methods, technologies and techniques used in protein biology?

With new methods, we are also able to define how different proteins express at different levels in diseased versus healthy tissue and cells, as well as mapping post-translational modifications on a wider scale, instead of just the individual protein’s sequence, and also explore how proteins are folded or modified.

DC: Proteomics still has got a long way to go, because I don't think it's embedded routinely as part of most projects. It's still a very specialist area. If only being used to look at relative levels of proteins in cells under different conditions, there's another layer of detail that remains to be uncovered - e.g., how those proteins are being regulated or phosphorylated, or does the protein undergo post-translational modifications? These insights will determine not just that protein’s levels in the cell, but also what's its functional state is at any moment in time.

I think that a technological breakthrough and current trend going forward in drug discovery is CRISPR, although not necessarily exclusive to protein biology, it allows researchers to introduce clinically validated mutations into cells without having to overexpress these proteins inside the cell. We can use this to understand how a specific protein mutation changes its function in disease versus a normal or a wild type state.

JH: Cryo-electron microscopy (Cryo-EM) is an emerging structural approach. We are very familiar with crystallography being used to optimize the interaction of small molecules with soluble protein targets. Technologies like cryo-EM allow us to look at more complex targets and large protein assemblies and will be very important in future rational drug discovery. It’s going beyond the optimization of small molecules and more into defining function in large complexes.

It is also worth mentioning the practical methods for expressing proteins now have higher throughput platforms, for example for mammalian expression. People are familiar with the expression of bacterial hosts using automated methods, but not using those with mammalian hosts, so that’s an improvement.

Tell us a little bit about the upcoming ELRIG Research and Innovation 2020 meeting, your key focuses for the meeting and the topics that you will be discussing.

DC: We have sessions focused on four specific areas. One of those is structural biology and biophysics, which encompasses a lot of what we've been talking about today. We have other sessions that are going to cover immunology and drug discovery, one on seeking novel drug targets and one that we've called "Good bugs/ bad bugs," in which we'll look at the microbiome as a potential therapeutic angle as well as the bad side of bugs, i.e. infection and microbial resistance

Typically, the meeting attracts a diverse base of delegates from senior industry scientists to students that have an interest in drug discovery. The Research and Innovation meeting covers more about the future of drug discovery. Rather than examining what's considered current best practice right now in drug discovery, it has an emphasis on innovation, either technical innovation or breaking research about disease, that we believe will impact drug discovery in the future.

It's a good meeting for people who want to deepen their knowledge within any of the areas that we're focusing on. As far as drug discovery is concerned, because it's a multi-disciplinary field, the more you know about different disciplines, the more you're going to see ideas coming in from different angles. 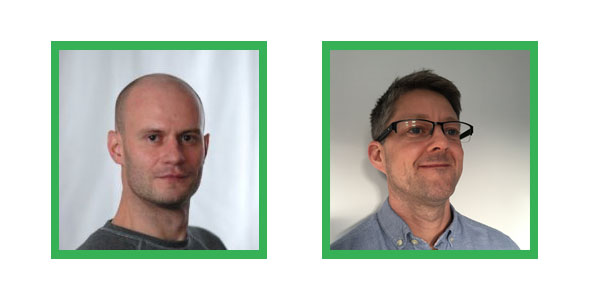 Register your place for the ELRIG Research and Innovation 2020 meeting today. Learn more about the latest technologies for protein biology in the SelectScience Special Feature.