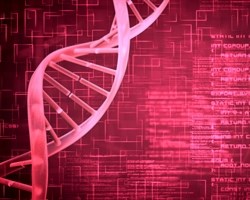 In this second article about the technology used in the investigation (read the first part here), SelectScience spoke with Dr Jari Louhelainen about the methods used in this work and how this methodology can be used in other research.

Can you tell SelectScience how you were first involved with the investigation?
“It all started in 2011 when Russell Edwards [author of Naming Jack the Ripper] came to my door with a worn old briefcase and told me something like ’I have something interesting to show you‘. I have to admit that I knew next to nothing about Jack the Ripper, and looking back at the media frenzy caused by my work, I was probably the only person in the world who did not! Also, I was very sceptical regarding the origin [of the shawl that he wanted me to test] and as I did not know Russell, the work started quite slowly as I wanted to make sure that he was someone I could work with and that he was not one of those extreme ‘Ripper nuts’. In the beginning I told Russell that we might not find any old DNA, and even if we did it might go both ways, i.e. it might prove that his theory was not correct. He accepted this and this is how the work started.”

To start the investigation, squamous epithelial cells were extracted from semen stains on a shawl, supposedly taken from the scene of the fourth victim, Catherine Eddowes, by Dr David Miller at the University of Leeds. These cells were stained and observed using a light microscope and CytoSpin technology, to create a single spot of cells, for a slide which was then sent on to Dr Jari Louhelainen to extract and analyze the DNA.

How did you remove the squamous cells from the slide to enable the DNA to be extracted?
“This was done using Laser Capture Microdissection (LCM) microscope. This equipment is extraordinarily gentle and ideal for microdissection of single cells to a small microtube.”

Which technologies did you use to extract the DNA from the cells? Can you describe the methodology?
“The DNA extraction was performed using a slightly modified protocol of a commercial kit from Qiagen. It simply involves a lysis before amplification of the genomic DNA. Since the number of cells was very low, no instruments (such as pipetting or extraction robots) were used,as they would have not have any advantages, but could have caused major problems if malfunctioned.”

Has this technology been used in any other investigations, studies or research?
“The sampling technology has not been used to my knowledge, but the LCM method is used in cancer research and although the Whole Genome Amplification has been before, I don’t believe it has been used for forensic work of this kind.”

Further work has been planned by Dr Louhelainen to confirm the source of the DNA, but is limited by finding suitable, skilled partners to do the verification (due to the very limited amount of material left) and also funds to do the work.