Editorial Article: ‘Thank you for placing your trust in SelectScience’ 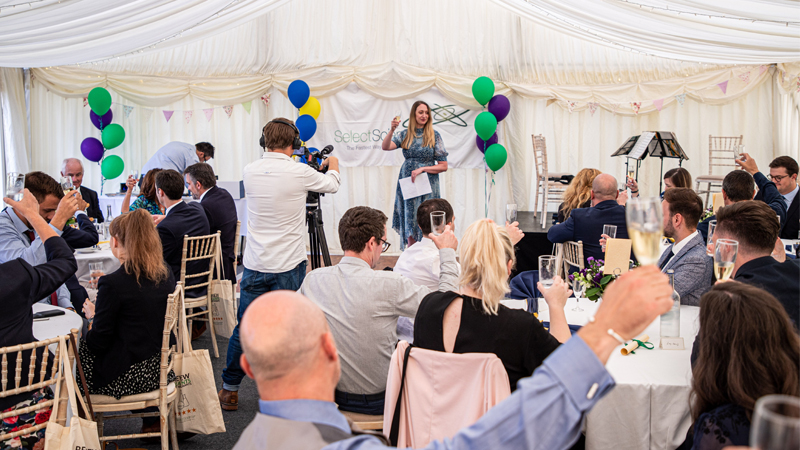 SelectScience has thanked the global science community for placing their trust in the company as it received the UK’s most prestigious business award.

CEO Kerry Parker paid tribute to our many partners across the globe at our annual meeting where the Queen’s representative in Somerset, HM Lord-Lieutenant Annie Maw, presented SelectScience with the 2021 Queen’s Award for Enterprise, in the International Trade category.

“We should thank all the manufacturers around the world who really make a difference to helping scientists do their research for their tremendous partnership and we should thank the scientific community for placing their trust in SelectScience,” said Kerry.

The importance of science communication

From our global headquarters in Bath, UK, SelectScience works to provide trusted information to scientists around the world at the forefront of advancements across multiple scientific disciplines, including critical fields such as COVID-19, cancer research, drug discovery, sustainability, food quality, clinical diagnostics and many others. 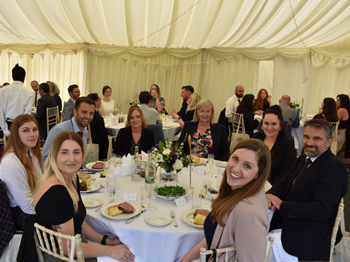 “In these last 18 months, the kind of work you’re doing has really saved lives,” said Mrs. Maw, who attended the event with Deputy Lieutenant, John Laycock.

It's the second time SelectScience has won the Queen’s Award for its exceptional performance in international trade, and Mrs. Maw noted a remarkable conversation its founders Arif and Louise Butt had with Her Majesty the Queen when they received the award the first time, in 2013.
“What the Queen said to you is so in touch with now,” said Mrs. Maw. “She said, ‘We need to communicate better about science, we need to do that, because it’s costing lives. How could she ever have known what was going to happen in these last 18 months?”

SelectScience has been spearheading online communication in science for more than two decades, connecting scientists and scientific manufacturers through peer-to-peer product reviews and resources such as webinars, eBooks and revolutionary video platform, The Scientists’ Channel.

When COVID-19 struck, it responded fast, launching a series of new virtual events and other online resources to support the industry through the crisis and ensure vital scientific collaboration could continue.

A former nurse, Mrs. Maw added: “You’re the sort of company we’re lucky to have in Somerset. What you’re doing is all about today and tomorrow. Young people ought to know about centers of energy like this, it would make them so excited about what’s happening around the corner.”

Receiving the coveted award, SelectScience CEO Kerry Parker also thanked the SelectScience team for their commitment to delivering high-quality content and exquisite service, as well as the founders, Mr. and Mrs. Butt, and Vespa Capital who partnered with the company earlier this year.

Vespa Capital Director Khidhr Shafiq said they only invest in two out of over 100 businesses each year and explained why they had chosen SelectScience, praising its positive, progressive, problem-solving and energetic culture. “It’s clear you’re providing quality and a really valuable service,” he said.

Founded in 1998 and renowned for its innovation, SelectScience has established an enviable market position, serving high-quality digital marketing solutions to the science industry, including the world’s top 10 manufacturers of scientific laboratory equipment. The team has dedicated its 2021 Queen’s Award to the scientists, healthcare professionals and scientific manufacturers who have risen to the challenges of the pandemic.