Cardiopulmonary diseases represent a significant health burden for many countries around the world. It is therefore vital to accelerate research toward the development of new therapies to treat these diseases. In this article, we talk to researchers at Queen’s University, Ontario, Canada, about the new Queen’s CardioPulmonary Unit (QCPU) core facility and research center, and how studying endothelial dysfunction, mitochondrial biology, and specific gene mutations is improving the understanding of the molecular factors influencing diseases of the lung vasculature, such as pulmonary arterial hypertension (PAH). 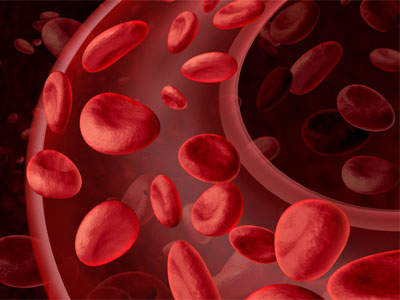 Dr. Mark Ormiston’s research looks at the interaction of endothelial cells lining the pulmonary blood vessels with innate lymphoid cells and how PAH can impair their interactions

Circulating immune cells and the molecular and cellular mechanisms by which they influence the cells of the vasculature are key areas of focus for the Ormiston Lab, led by Dr. Mark Ormiston, Assistant Professor at Queen’s University and Canada Research Chair in Regenerative Cardiovascular Medicine. This research centers around the pathogenesis of PAH and the interaction of endothelial cells lining the pulmonary blood vessels with innate lymphoid cells, such as natural killer (NK) cells, which are impaired in PAH. To understand these interactions better, Ormiston and his team look at endothelial cell biology and the contribution of mutations in the type II bone morphogenetic protein receptor (BMPR-II) that can influence pulmonary endothelial dysfunction through impaired endothelial-immune cell interactions.

Ormiston explains that some of the difficulties in this work come down to isolating different cell types from individual patients. “One of the biggest challenges in PAH is isolating specific cell types that are most important in disease processes and identifying the cellular mechanisms that are driving disease. The problem with PAH is that it is a collection of very different people who present with similar attributes, and so there are several mechanisms in play.”

Being able to dissect phenotypes related to individual cell types and individual gene mutations in those cell types is therefore important to fully understand each mechanism at play. This is made possible using leading technology at the QCPU core facility. “We use the Sony SH800S cell sorter to isolate pulmonary endothelial cells from our conditional BMPR-II knockout mouse models that also express a ZsGreen fluorescent reporter,” says Ormiston. By digesting the lung tissue and sorting out the endothelial cells exclusively from the pulmonary arteries, Ormiston is able to study endothelial dysfunction in animal models of PAH. “This is particularly advantageous, as homozygous-null BMPR-II mice are embryonic lethal, so these conditional knockouts with the fluorescent reporter, and the cell sorter, are really important for studying the impact of that mutation,” explains Ormiston.

The state-of-the-art Queen’s University QCPU translational research center, directed by Dr. Stephen Archer and housed within the university’s biosciences complex, was created to help develop, test, and commercialize therapies for cardiovascular and cardiopulmonary disease. We talked to research associate and imaging specialist at the university, Jeffrey Mewburn, to find out more about the technology at the core facility and how it impacts his research.

The endothelial cell is not the easiest cell type to sort with a good level of success. Having a compact cell sorter that can isolate these cells is essential for us. 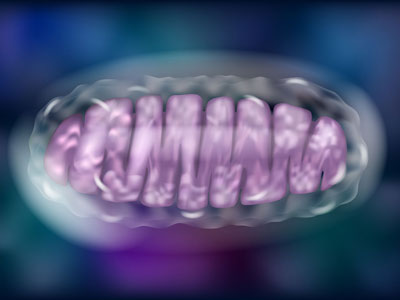 The SH800S has proved a hugely effective investigative tool for scientists at Queen's in numerous other ways, too. Immunologist Dr. Patricia Lima, Adjunct Assistant Professor and Molecular Imaging and Cytometry Specialist at the QCPU, works alongside several research groups within the unit and specializes in the operation of imaging and cytometry equipment within the core center. “At the QCPU, physicians and researchers work together to enable medical discoveries. At the same time, our cutting-edge equipment, including the Sony SH800S, is used to answer several questions around cardiopulmonary and vascular disease,” explains Lima, whose own research seeks to understand the impact of the immunological system and is focused primarily on cardiopulmonary disease and blood disorders. “The Sony system is used to address research questions in the cardiopulmonary system, used as both a cytometer and a cell sorter,” continues Lima. “As a cytometer, we use it for immunophenotyping of cells, cell cycle analysis, proliferation assays, and mitochondrial membrane potential measurements of smooth muscle cells.”

The Sony system is a workhorse. It’s served us in numerous ways. I don’t think the center would function in the same way without it.

Managing multiple users and sample types in a busy core facility requires flexible, agile equipment that can support a wide variety of applications. Mewburn explains why the Sony SH800S cell sorter is a good fit for this way of working. “As this is a translational research facility and we do a lot of human work here as well, the fact that the sorter has a chip and a sample line that can be switched in under five minutes is great. You can run samples from one patient, and within ten minutes, the machine is completely clean and not contaminated anymore, and you can run the next patient sample through it—this is very handy in this setting.”

Lima adds: “The Sony cell sorter is one of the most popular pieces of equipment here. Half of my time is spent running the Sony system, so its simplicity and ease of use are key. If it wasn’t that easy, I don’t know how we would do it.”

The versatile Sony cell sorter accommodates a range of applications. “We also use the cell sorter for the validation of our antibodies, sorting of our pulmonary artery smooth muscle cells for population purity, and removal of the fibroblasts. When working with these cells, we know that our populations are 99% pure,” explains Mewburn. “More recently, in pilot studies, we’ve been using beads to measure heart perfusion. We use a mixture of different sized fluorescent beads and monitor the numbers and sizes of beads that get through the circulation in PAH mice models where perfusion may be reduced.”

Efforts in the center aim to develop translational research, with an emphasis on personalized medicine. With a clinical arm of the center integrated into the basic research center, discoveries made in research models can be validated in human samples acquired from patients in the same building. Early detection of PAH and the treatments to prevent it are the ultimate goals for the team, and they believe they have the right tools for the job. “The Sony system is a key component, and our work would be much more challenging if we didn’t have an instrument like it,” concludes Mewburn.

Do you use Sony Biotechnology products in your lab? Write a review today for your chance to win a $400 Amazon gift card>>