Zika is a vector-borne disease transmitted by mosquitos. For many, Zika virus infection symptoms are mild, however, Zika infection during pregnancy can result in severe complications, known as congenital Zika syndrome, which includes microcephaly. Currently, there are no specific treatments or vaccines for Zika virus.

With occurrences of this infectious disease becoming more common in the past decade, including the 2015-2016 outbreak in Brazil, there is a drive in the industry to develop a vaccine for the Zika virus.

SelectScience speaks to Dr. Renato Mancini Astray, lab director of the Instituto Butantan’s Viral Immunology Laboratory, about the development of a new Zika vaccine and the vital laboratory technology involved in his work. 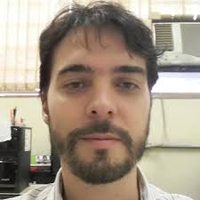 The Instituto Butantan is responsible for the production of immunobiological products, including the majority of vaccines in Brazil. The Viral Immunology Laboratory is dedicated to the research and development of processes and biotechnologies for efficient vaccine production.

As lab director, Mancini Astray is responsible for researching new vaccine technologies, as well as basic research on viral vaccines against arboviruses and rabies using recombinant technologies and cell culture systems. “Our laboratory is dedicated to the discovery and development of recombinant viral vaccines. We have generated genetically modified organisms (GMOs), mainly based in insect cell systems and viral vectors,” explains Mancini Astray. The aim of this work is to express recombinant proteins or viral antigens that can be used as immunogens and used to make new generation vaccines. “Using these tools, we produce recombinant proteins and virus-like particles (VLP) of different viruses, such as Rabies, Zika, Mayaro and Chikungunya,” Mancini Astray continues.

Right now, he is focused on an exciting project to develop a new vaccine for Zika virus.

“As we know, the Zika virus was a big problem here in Brazil from 2016,” explains Mancini Astray. While there are now fewer cases recorded in Brazil, this doesn’t mean that the virus is vanishing.  Mancini Astray believes that in part the low incidence rate is related to problems associated with diagnosing Zika infection: “It is estimated that about 80% of contaminated people are asymptomatic  or present just mild symptoms, so they are not going to see a doctor and consequently being diagnosed. The tests for diagnosis are indeed very limited and basically used with samples from pregnant women.” As a result, there is some uncertainty about the circulation of the virus. 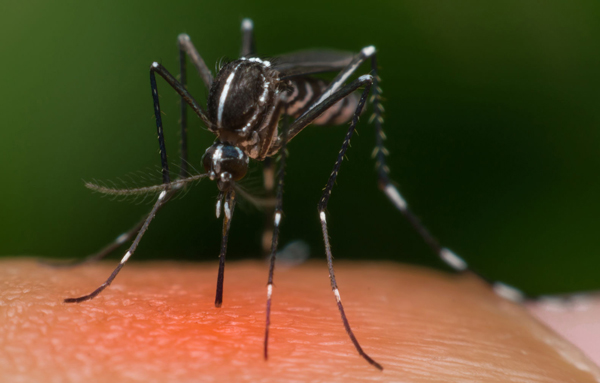 “While we are not seeing many cases of the virus right now, when the population starts to become less immunologically prepared for the virus, we expect to see a new outbreak. And when this comes again, we have to be prepared,” says Mancini Astray.

The viral immunology laboratory is part of an effort at the Instituto Butantan to develop a new virus inactivated Zika vaccine. “This type of vaccine is one of the most preferred approaches to a Zika vaccine, mainly because of its safety when considered for the immunization of pregnant woman,” explains Mancini Astray.

Working in collaboration with virology researchers, the team’s work is focused on the biotechnology used for vaccine production: “Since the beginning, our approach has been the utilization of scalable technologies and procedures, as part of a process intended to be transferred to production. In my lab, we essentially perform the upstream part of the process, that is, the cell culture and virus production.” 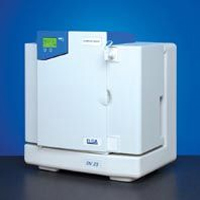 The PURELAB Option-Q has been developed by ELGA to produce ultrapure (type I) water without the need for pre-purified feed. It can deliver up to 15 liters per hour (100 liters per day) of 18.2MΩ-cm water direct from a portable supply.

Much of the work of the lab involves producing viruses using fixed-bed bioreactors and cell culture flasks. For successful vaccine production, it is important that cell and virus production is consistent. One key factor in the production process is water.

“Variations in the quality of the water can have a critical impact on cell growth and virus production,” Mancini Astray points out. It is therefore essential that the water system used in the laboratory is reliable. “It is so very important not only to have pure water, but also consistency in its purity,” he adds. In his lab, Mancini Astray uses the PURELAB® Option-Q by ELGA LabWater/VEOLIA.

While the Viral Immunology Laboratory will continue to work on developing the Zika vaccine, they will also work on other vaccines. “The Viral Immunology Laboratory is constantly looking for new partnerships for the development of new vaccines or studying vaccine process development,” shares Mancini Astray. “We are part of the chain of Brazilian researchers dedicated to the discovery and development of new vaccines and biologicals and we hope to see the Brazilian biological industry producing vaccines and medicines based on nationally developed processes and technologies.”

*The researcher declares no conflict of interest with Veolia and its representatives.