Editorial Article: One-in-a-Million: How to Successfully Isolate a Single Cell

A petri dish typically contains millions of cells. To isolate a single cell from this suspension of millions and seed it one by one into a multi-well plate is clearly painstaking.

Yet, in applications such as RNA-seq on a rare tumor sample, scientists often pursue the distinct data clarity obtained from the analysis of a single-cell versus that of a cell population.

Traditional methods to isolate a single cell employ dilution. The expectation is that the more we dilute a dense cell suspension, the higher the chances are of obtaining a single cell in a single drop when dispensing the dilution drop by drop. In reality, cells are distributed based on Poisson’s law i.e. a majority of the diluted drops will contain no cells at all, thereby drastically reducing the success rate of an experiment.

In this SelectScience® interview, we speak with Guilhem Tourniaire, scientific and managing director at Cellenion, who shares just how easy – and reliable – single-cell isolation can be with a right choice of technology. 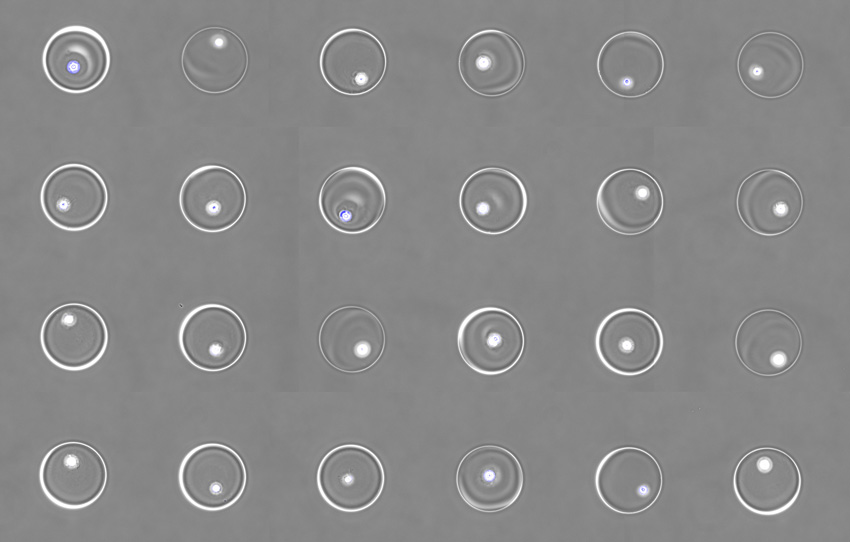 With a focus on single-cell isolation, Cellenion, a spin-off company from Scienion, developed a picodroplet technology to parse through millions of cells and isolate a single cell within each and every drop. “It became apparent to us that, using visual feedback, our technology would overcome the limitations of Poisson’s law,” says Tourniaire who oversees the development of the company. The joint brainchild of computing, engineering and biology, CellenONE was born to allow precise single-cell dispensing capabilities.

In instances such as identifying circulating tumor cells from a small volume of blood, the time it would take to isolate a single cell seems worthwhile. With conventional methods, however, there is often a compromise between precision, speed and manual labor. “In the field of cell line development, most people use cell sorters which require constant monitoring from highly trained operators, demand a fairly large volume of cell suspension and yield poor cell viabilities due to high shear stress,” notes Tourniaire.

Other methods such as laser microdissection, where each cell is “cut” with a laser, are precise, but very slow and difficult to automate. On the other hand, cell trapping on a microfluidic chip is fast, but microfluidic technology has inherent drawbacks that hinder cell recovery for further culture. In the CellenONE, with the use of piezo acoustic technology and optical monitoring, these problems are eliminated, resulting in a highly reliable, automated single-cell dispensing system. “The CellenONE enables very high recovery and precise single-cell isolation from a few microliters of cell suspension onto substrates of your choice,” says Tourniaire. “Additionally, the CellenONE can be used for dispensing sub-nanoliters of reagents used in sequencing library preps onto isolated single cells. This lets users slash their consumption of expensive reagents which represent one of the major burdens in single-cell analyses.”

The CellenONE performs the 'single-cell condition' check before dispensing a droplet into a well.   Watch the full video here. Courtesy of Cellenion.

“From simple bacteria to skin cells, there exist a great variety of cell types. The most frequently asked question from our customers is whether CellenONE will be suitable for a certain type of cell to be dispensed in a given type of substrate,” says Tourniaire. “Our answer is yes!” The CellenONE checks for a ‘single-cell condition’ with each drop being ejected. In the instance that there are no cells, or there are multiple cells the instrument will discard the droplet in a recovery tube. When a single cell is present in the ejection region, it dispenses the droplet containing the cell into a target of your choice such as multi-well plate. “Any cell types that can be suspended in culture media or buffer at a concentration below 200 cells/µL can be isolated into single cells by the CellenONE X1.”

Single-cell sequencing is an important step towards precision medicine. The limitation, however, is the sparse number of cells present in certain biological samples such as cerebrospinal fluid and samples coming from solid or liquid biopsies. Commenting on these high stakes, Tourniaire says: “The CellenONE offers 90% recovery from samples containing fewer than 100 cells. This will enable scientists to undertake new single-cell analyses on very rare and scarce samples.”

The CellenONE will only get better in the coming months. The team plans to take it one step further by enabling the isolation of particles smaller than a cell. “We’ve implemented a high-definition vision module that provides precise isolation of a single nucleus and certain bacteria for RNA-seq applications,” explains Tourniaire. In another upgrade, prior to single-cell isolation, scientists will be able to sort subpopulations of cells based on the expression level of certain proteins via fluorescence imaging. Automation is another avenue of growth for the CellenONE. “We are currently developing high-throughput capabilities for the CellenONE, where users can automate sample loading by automatic integration with cell culture stackers or sequencers.”

Do you use the CellenONE for single-cell isolation? We'd love to hear from you. Please take a moment to leave a review here.