Editorial Article: Microglia and Brain Disease – The Good, the Bad and the Good that Turns Bad 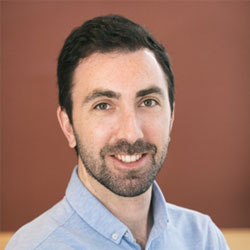 “I’ve always been interested in understanding how the brain’s support cells, the glia, guide the brain as it develops – both in early age and through disease”. Dr. Timothy Hammond, a postdoctoral researcher and neuroimmunologist based at Boston Children’s Hospital, dedicates his research to understanding how the complex molecular signatures of the brain’s endogenous immune cells, the microglia, contribute to disease.

In normal physiology, these cells respond to changes in neuronal cell signaling to orchestrate mitigating effects against injury or infection.  Yet, research over the past few decades has positioned microglia as central mediators of neurological disorders, shown to colocalize with amyloid plaques in Alzheimer’s, for example, and to transition to a chronically activated state that perpetuates cellular degeneration.

Initially, this led to the notion of ‘good versus bad’ microglial populations in the brain, which has since been dispelled by subsequent research that confirms a context-dependent, heterogeneous phenotype of microglia. What is now known, however, is that there’s no single, distinct phenotype to separate the helpful from the harmful, and that microglia exist in a molecular continuum that varies between individuals, diseases, and disease states. Hammond believes that by identifying a combination of robust and informative biomarkers, and by mapping their spatial positioning in the brain, scientists can begin to unearth the immunogenic elements that are driving pathogenicity in various brain disorders. In a fascinating interview with SelectScience, Hammond reveals how his latest findings implicate unique sub-types of microglia that could be targeted for therapeutic benefit.

“For decades, scientists working on Alzheimer’s disease, or other degenerative disorders of the brain, have tended to focus on the functional cells – the neuronal cells – that accrue the characteristic pathological protein aggregates,” says Hammond. “Whilst there have been studies investigating other support cells and their phenotypes in the past, it’s only recently that the role of the immune cells has come to the forefront of this field of research.”

Genome-wide association studies have caused scientists to shift their focus.

Most of these findings have stemmed from long-term studies of patients on anti-inflammatories for unrelated disorders, including rheumatoid arthritis. These patients, who are on such therapies for the long term, have a considerably reduced risk of developing Alzheimer’s in later life, suggesting that chronic neuroinflammation from prolonged microglial activation contributes to disease progression. “Furthermore,” Hammond adds, “genome-wide association studies (GWAS) have implicated microglial genes such as Trem2, Apoe, and the Ms4a-family, that have really caused people to shift their focus.”

Until now, as Hammond goes on to explain, the level of microglial heterogeneity — including their molecular signatures and corresponding location within the brain — has remained a mystery. “We still know very little about how different combinations of cytokines contribute to disease onset, and progression,” he says.

The rationale behind one of his group’s latest publications, therefore, was to unravel these mechanisms by studying gene perturbations in response to changes in the brain environment. The study took a slightly alternative approach, however, hypothesizing that studying microglia in early life could reveal some interesting, disease-relevant findings.

“We wanted to tease apart differences in microglia, by performing a detailed analysis of all the states they assume over the lifespan of a mouse. This was only possible with single-cell sequencing, however, we could not localize the cells. So by employing RNAscope technology, by Advanced Cell Diagnostics, we could identify unique microglial subpopulations with distinct genetic signatures, and spatially map where they’re localized in the brain. For example, by analyzing RNA expression patterns in more than 76,000 microglia we found nine distinct states, including one novel subpopulation that only appeared in the developing white matter, and other chemokine-enriched states that persisted in older age and in diseased brain matter.”

Hammond goes on to summarize the study’s main findings:

Find out more by reading the CellPress publication here >>

Now, his team is working on developing in vitro and in vivo tools to characterize how these gene expression differences confer functional activity, or indeed disease onset and progression. Hammond hopes that as their research progresses, they can begin to understand the fundamental biology of microglia diversity, including how these state changes are regulated.

Casting his predictions for the future, Hammond concludes: “It’s an extremely exciting area of research to be in, with far-reaching implications. These studies could lead to the discovery of new therapeutic candidates to suppress the pathological brain states, such as Alzheimer’s, and even promote healthy ones.”

Discover how RNAscope technology could help your research >