Editorial Article: How genome editing in iPSCs can reveal the intricacies of the human genome

In this guest editorial, discover how genome editing in iPSCs can be a powerful tool to investigate the intricacies of the human genome 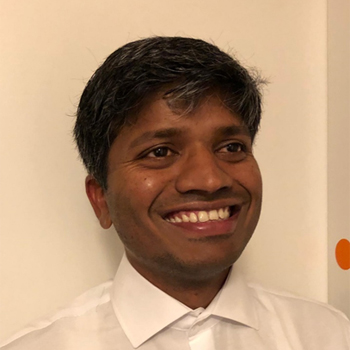 The coupling of both CRISPR/Cas9 technology and induced pluripotent stem cells (iPSCs) has shown great potential in the field of biomedical research, where the smallest genetic variations can be used to predict and address disease outcomes.

In this guest article, Dr. Narasimha Telugu, scientist at the ‘Stem Cell Technology Platform’ at the Max-Delbrueck Center discusses ways to surmount the challenges of working with CRISPR to manipulate genes in human stem cells, and what the future may hold for this breakthrough technology.

What makes the combination of genome editing and iPSC technologies so important for medical research?

The potential of these technologies can't be appreciated enough, especially when utilized in combination. With the advent of large-scale, high-throughput and more affordable sequencing technologies, we have started to accelerate our understanding about the impact of the many genetic variants for human diseases. There are around 7000 types of rare genetic diseases, and around 1 in 17 people may suffer from a genetic-related disease at one point in their life. Moreover, 80% of these diseases cannot be treated and are responsible for a major healthcare burden. It is very challenging to develop new therapies due to limited accessibility of appropriate human disease model systems and limited understanding of disease mechanisms. With the combination of iPSCs and CRISPR technologies we are now capable of better establishing definitive links between the cells’ genotype and their disease phenotype. This has great potential to help us develop new drugs or novel gene- and cell-based therapies.

How is the CRISPR-Cas technology utilized in the context of iPSCs?

With iPSC technology, we can theoretically generate iPSCs from patients with any genetic disease background. Without the ethical implications of embryonic stem cells (ESCs), iPSCs are like ESCs and possess unlimited proliferation capacity and the ability to differentiate into almost any organ-specific cell type. This has enabled the generation of disease relevant tissues from patients that can be utilized in research laboratories. On the other hand, recent technologies based on site-specific nucleases, such as ‘zinc finger nucleases’ (ZFNs), ‘transcription activator-like effector nucleases’ (TALENs), and particularly the ‘clustered regularly interspaced short palindromic repeats’ (CRISPR) system, have enabled versatile genome-engineering of various mammalian cell types, including iPSCs. These technologies offer the opportunity to introduce, modify, or correct mutations and to generate genetically matched isogenic control lines, which help us to establish a definitive genotype to phenotype link.

ZFNs, TALENs and CRISPR create double-strand breaks on genomic DNA at precise loci. Cells repair such double-strand breaks via one of two repair mechanisms. The quick-and-dirty non-homologous end joining (NHEJ) repair pathway is error-prone and often results in nucleotide insertions or deletions, which could ultimately result in loss of protein function, i.e., a functional knockout. However, if a homologous DNA (repair) template is provided, the double-strand break can be fixed via homology-directed repair (HDR), whereby the desired base pairs from the synthetic repair template are inserted into the DNA sequence, i.e., knock-in. Each genome modification by ZFNs and TALENs require a separate design of protein modules that is laborious and expensive. In contrast, CRISPR-Cas only requires a universal Cas nuclease, which is sometimes described simply as a scissor and specific sgRNAs that will guide the scissor to specific genomic locations to create double-strand breaks. Due to its simplicity and versatility to target almost any sequence in the genome, the CRISPR-Cas system has quickly become the main tool for genome engineering in iPSCs.

The CRISPR-Cas system is actually a bacterial adaptive immune system that provides protection against viruses by degrading the viral genetic material. The same mechanism is essentially harnessed to modify the mammalian genome. There are different types of Cas proteins such as Cas9, Cas12 or Cas13, which are utilized across different genome editing applications such as nucleotide modifications or gene regulation. Cas9 is the first and most commonly used CRISPR-Cas system to create knockouts, knock-ins, base/prime editing, gene activation or inhibition, as well as to modify epigenetics in different organisms and cell lines.

What are the major practical bottlenecks in utilizing iPSCs and CRISPR technology, and how do you try to overcome those? 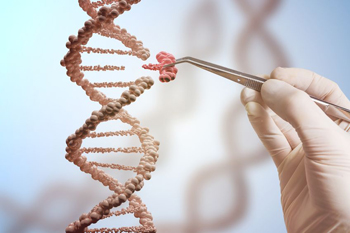 The combination of iPSCs and CRISPR technologies has opened a window for ways to develop new drugs or novel gene- and cell-based therapies. Vchalup ©  123rf.com

Despite all the significant advances over recent years, genome-engineering of iPSCs remains challenging. This is largely due to the intrinsic properties of stem cells, such as poor single cell survival, spontaneous differentiation, acquisition of chromosomal abnormalities and low transfection efficiencies. Due to these challenges, each iPSC genome engineering project requires a lot of time and resources and there is no guarantee of success. Therefore, the progress towards realizing the full potential of the CRISPR-Cas technology for disease modelling and cell and gene therapy currently remains slow and limited.

However, optimization of different steps such as designing and selection of sgRNAs and Cas systems, synthesis of guide RNA, delivery of CRISPR components, single cell culture conditions and screening methods are helping to achieve high editing efficiency and successful completion of genome engineering projects in iPSCs. Adopting automation for generating single-cell derived (clonal) cultures has further increased the speed of genome engineering processes in iPSCs. This step has traditionally been one of the most time-consuming and least controlled throughout the workflow.

Where do you see the future of iPSC and CRISPR technology?

Genome-wide CRISPR screens are already helping to interrogate genetic modifications for various cellular phenotypes, elucidating novel pathways, and identifying potential new therapeutic targets. CRISPR-Cas9 has grown beyond modifying genomic sequences and has been used to alter gene expression. Indeed, fusion of a defective Cas9 (dCas9) nuclease with transcriptional repressors or activation domains allows the repression or activation of gene expression (CRISPR interference, CRISPRi; CRISPR activation, CRISPRa). Besides, there are other Cas systems that can be used as RNA editors. These new tools will improve disease modeling while reducing the use of animal models, as well as facilitate CRISPR and cell-based therapies.

Gene editing in the context of cell therapies has mostly concentrated on immuno-oncology or blood disorders. However, recent advances of iPSC-derived therapies to first-in-human studies show an increased breadth in forthcoming applications. An autologous strategy was used for the first patient who was treated for macular degeneration with iPSC-derived retinal pigment epithelial cells. The costs were around $1 million, and it took over 10 months to produce the appropriate cells ready for transplantation. Fortunately, following clinical applications are based on allogeneic iPSCs to treat macular degeneration. Following the same procedure as for the autologous approach, the time to surgery reduced to a month and the cost reduced to $200 000 per patient. There is great interest and activity in generating a pool of safe clinical grade iPSC clones by setting up allogeneic iPSC stocks of selected ‘super donors’ that are homozygous at the three major human leukocyte antigen (HLA) gene loci. This can lead to reduced risk of immune rejection following transplantation of respective differentiated cells if the recipient HLA haplotypes are matched. Alternatively, a competing method that demonstrates great potential and may herald the next wave of gene-edited cell therapies could include utilizing iPSC lines that have undergone gene editing to modify the HLA genes. However, despite all the great advances and possibilities, the real promise of gene edited iPSC-derived cell therapies is yet to be achieved, and it is crucial to move at appropriate pace to create effective and safe therapies. There are several issues, such as potential off-target effects of CRISPR-Cas systems, generation of high quality edited iPSCs and their differentiated cell types without unintended genomic aberrations, maturation of iPSC-derived cell types, and gene editing in differentiated cell types such as heart or brain cells need to be addressed.

The field is progressing towards the goal by developing procedures and methods to overcome some of the above-mentioned issues. For example, newer Cas systems, such as HiFi Cas9, reduces off-target effects and improved methods to culture cells, including the automation of single-cell cloning, help establishing suitable cells. Also, organoid technology utilizing vasculature to make more mature (adult-like) iPSC derived cell types, and finally mRNA or AAV technology to deliver the Cas systems effectively and safely into target cells continue to progress.