The fast-tracking of mRNA-based vaccines in the face of a real-life global pandemic has been a revelation, and one which has opened up possibilities for harnessing mRNA products against a wide range of viruses. The race is now on to develop the next generation of mRNA therapeutics using machine learning and AI techniques for target identification, and the integration of full digitization tools into user-friendly platforms could present significant advantages. Stepping into this arena is US-based biotechnology company Translate Bio, headquartered in Lexington, Massachusetts, specializing in mRNA products and co-developing vaccines with collaborator Sanofi Pasteur. Its data science manager, Emma McIntosh, has begun organizing the company’s data flows and implementing electronic lab notebooks that bring a whole host of efficiency benefits and help with regulatory compliance.

The catastrophic consequences of 'garbage' data

Translate Bio’s mRNA vaccine development platform has two main components. Firstly, the mRNA product itself, incorporating facets such as codon optimization, improved stability, greater gene expression, and effective protein replacement so as to maintain a broad therapeutic window for the vaccine. Secondly, there is the delivery system, a lipid nanoparticle encapsulation that keeps the mRNA intact during delivery to the cells or target tissues of interest. What underpins all this work however is the correct organization of data, particularly if you are planning to harness in silico prediction, as McIntosh knows only too well. “You can’t use those things if you don’t understand your data or if your data is a mess. If the data is garbage, your analysis is garbage,” she says.

What stuck out about the eLabJournal software is that it was so easy for people to lift their process from saving their information to a shared drive to saving it all into an electronic lab notebook.

This is what makes McIntosh’s work to curate, standardize and normalize data at Translate Bio such a crucial component of the company’s development processes, a journey that led her to introduce eLabNext’s electronic lab notebooks across the company. The need was obvious, as McIntosh explains: “The way you do things is not the way someone else does things. We need to be able to make sense of things not just after you generate your data, but six months, six years later, to compile our own precious datasets that can be leveraged far beyond your initial thought or experiment.”

This was certainly a daunting prospect for Mcintosh, with 10 years of data going back to the company’s previous identity. As she observes, “change is hard, especially when it comes to this concept of opening up and sharing what you’ve been working on.” The challenges ahead were plentiful.

Digitization challenges in the laboratory

One of McIntosh’s first tasks was to understand how the company’s scientists wanted to work with their data, make it available, and assess the quality of their own information — all of which was “basically impossible” when she first joined the company. “Files were sitting on people’s desktops or on shared network drives that were not accessible by everyone,” she notes. Things could not be found intuitively, and McIntosh knew that if she was to succeed in getting the scientists on board with standardizing their data and buying into the concept of one centralized location, she would need to “build something where it’s really easy for people to just drop their data and self-organize”. The crucial point is “the interface they’re using is something that’s inherently transparent to the rest of the research community,” she adds.

Nonetheless, successful adoption was not guaranteed without a degree of ‘hand-holding’ and some very useful automated features in the eLabNext software. 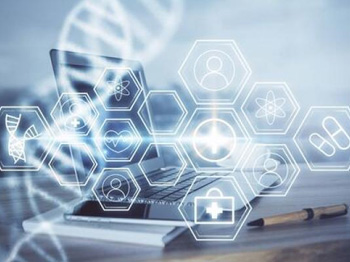 Having successfully implemented eLabNext’s software across Translate Bio, McIntosh has some key observations for others. “What stuck out about the eLabJournal software is that it was so easy for people to lift their process from saving their information to a shared drive to saving it all into an electronic lab notebook,” she asserts. “This made life that much easier when it came to data, records and regulatory compliance,” she adds.

The eLabNext software also allows for user configuration and adaptation to specific lab needs. McIntosh explains how she identified super-users in each research group. “They acted as the expert person to make all the adjustments that were needed in the software without reliance on me or an eLab support desk person,” she enthuses. And McIntosh claims it is this autonomy across groups that has led to successful adoption. “Our assay development team’s eLab space is a little bit different from our chemists’, but they’re all using it consistently within their groups,” she points out. “And so we have the ability to maintain our own development process within the eLab space.”

Digitization of Translate Bio’s labs in this way has had major benefits. According to McIntosh, she now knows exactly where everything lives and can easily identify key stakeholders when discussing data integration with collaborators at Sanofi. She further believes that, when it comes to data, data tracking or data repository work, no goal is now unachievable. “As long as I can trust that it’s in eLab somewhere, I’ve been given all the tools to access that data,” she says.

The future for digital tools

McIntosh is in no doubt about the value of adopting digital lab tools such as the eLabJournal, “I foresee more integration of our data and building visualization tools on top of it. Once your data is all in one spot, or at least organized and standardized in some way, it can be leveraged beyond what the initial dataset was really serving.”

She concludes: “It’s no longer just answering a set of key scientific questions. It’s now part of something much larger than that, solving real complicated problems that people have been asking for quite some time.”

Learn more about Translate Bio’s mRNA products and how eLabNext’s digital solutions could help you.