Editorial Article: Harnessing the latest digital PCR technology in the quest to detect GMOs and viruses 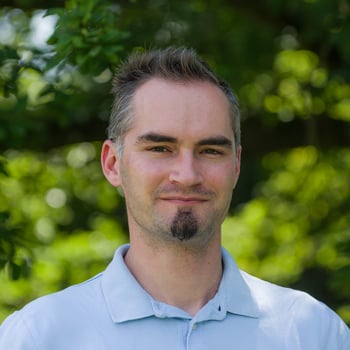 The polymerase chain reaction (PCR), much beloved of molecular biologists, has come a very long way since American biochemist Kary Mullis first developed it back in 1983. While PCR is a staple method in molecular biology laboratories around the globe, demands for ever-increasing precision and accuracy have fueled the evolution of the technique, leading to one of its latest incarnations – digital PCR (dPCR). This powerful, quantitative methodology has been a game-changer in fields from forensics to pathology.

However, PCR technology continues to be a symbiosis between problem and solution, manifesting nowhere more clearly than at the National Institute of Biology (NIB) in Ljubljana, Slovenia, which pioneered – in Europe at least - the use of droplet digital PCR in the detection and quantification of nucleic acids. Working as a Scientific Associate within the NIB’s department of biotechnology and systems biology, Dr. David Dobnik is a molecular biotechnologist who has spent the past 6 years harnessing dPCR for GMO detection and measurement, and more recently for quantifying viral vectors used in gene therapy. In this interview, we find out why this research is so important.

In Europe, GM crops such as soybean and maize are a much bigger issue from a regulatory and consumer perspective than they are in the US. Detecting them and abiding by food-labeling regulations are therefore of paramount importance, as Dobnik explains. “It's the regulation that enforces the labeling of food and feed products, which contain, consist of, or are produced from GMOs in a proportion higher than 0.9 % of the total food ingredients. So, if the content of GM maize exceeds this threshold, then the product needs to be labeled.”

The NIB has been using Bio-Rad’s Droplet Digital PCR (ddPCR) system for the detection and quantification of GM crops, and it has had a major impact on Dobnik’s research and the recognition of NIB more widely, as he recalls. “We received Bio-Rad's ddPCR system really early, in 2012. It impacted our work quite a lot because we then had the option of absolute quantification of different targets that we had been quantifying with qPCR, from GMOs to viruses and bacteria. But in the field of GMOs, this opened quite a new area. We became one of the leaders in this technology, at least in the GMO community.”

It was this experience and technical expertise which led Dobnik and the NIB towards applications with viral vectors, an important means of getting therapeutic ‘payloads’ into cells in gene therapy approaches:
“All the experience we got in our research work from the beginning with dPCR led us to the gene therapy field because there were companies that were looking for something that would enable really accurate and absolute quantification of viruses. We use dPCR a lot for quantification of viral vectors and mostly to help with process development – estimating the titer of the viruses so that the companies know how to tweak the process to get the best yield of the virus.”

One extension of this application to viral vectors has been dPCR’s use in experiments around the decontamination of water. In developing strategies for destroying viral contaminants, dPCR can be employed to test the efficacy of those methods. 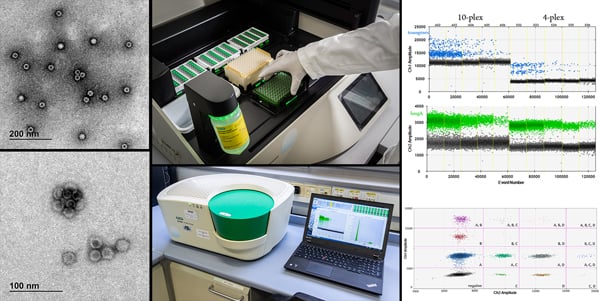 Dobnik’s use of Bio-Rad’s ddPCR system has transformed his research, particularly when it comes to multiplexing, compared with conventional quantitative PCR for transgenic crop detection:
“We have seen that multiplexing really gives an advantage because there are so many GM lines that need to be detected and quantified that multiplexing is actually the option with best price-performance ratio. We use qPCR for screening purposes because, with higher-order multiplexing such as five targets per reaction, quantification with qPCR is quite tricky due to color compensation problems. In this way, dPCR is far more advanced and accurate.”

And, as Dobnik attests, the outcome is the proof. “We get the summary of how much of the GM maize we have in the sample, or GM soybean, and that's quite an advantage compared to qPCR where we will need to perform many quantifications and standard curves for each of the specific lines.”

Bio-Rad’s ddPCR technology also allows Dobnik to take a group multiplexing approach in which several different targets are put into one channel, a good option when seeking to quantify a group of GM lines rather than an individual target. He has also tried amplitude multiplexing, achieved by using different concentrations of primers or probes in one channel and combining them together in a single reaction.

Technology rarely stands still and, as Dobnik observes, “A lot of effort is put into higher multiplexing with more channels. There are already machines available that have not only two, but three or five channels. Throughput is also important, and Bio-Rad is launching a machine which can run five plates at a time and with foreseen increase in the amount of dPCR reactions in the future, this will be even more important.”

Dobnik concludes, “When we started with the gene therapy field, we were on the forefront with digital PCR. Now, in the last three years, there's a big change in the field where more and more labs and companies are using digital PCR for vector quantification.”