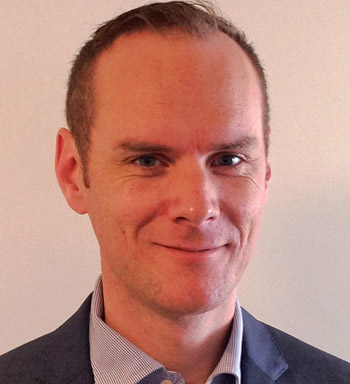 With the advent of high-throughput multiplexed proteomic technology, the days of the standard pre-clinical disease model in drug discovery might be numbered. As the pharmaceutical industry looks towards more human-based discovery of novel drug targets, the mapping of protein quantitative trait loci (pQTL) is allowing more confident inference of disease causality for a given protein and helping to map how those proteins are regulated. This has the potential to revolutionize the drug discovery process and a major academia-industry consortium is at the forefront of efforts to do just that.

Dr. Anders Mälarstig is a molecular biologist specializing in cardiovascular disease and has been Director of Target Sciences at Pfizer R&D for the past 12 years. Based out of the Karolinska Institute in Stockholm, Sweden, where he is also a senior researcher, Mälarstig has been instrumental in building a collaborative consortium of principal investigators (PIs) from several research groups called SCALLOP. Using Olink Proteomics platforms, this consortium is now conducting joint analysis of proteogenomic data from plasma samples covering a wide range of different diseases.

The link between genome and proteome

The SCALLOP consortium is using pQTL mapping to help identify DNA sequence variants that are strongly linked with circulating protein levels implicated in disease progression, which in turn holds exciting potential for identifying targets for treatment, as Mälarstig explains: “It’s the combination of the pQTL mapping with Mendelian randomization using disease outcome data that might be the clearest benefit. Or, put another way, there’s this hope that the whole pharmaceutical industry can move to a more human-based discovery of target hypotheses rather than relying on pre-clinical disease models.”

Establishing that robust link between the genome and the proteome is key, but not easy to achieve. There are different types of pQTL for starters. The so-called cis-pQTLs occur within the gene that encodes the protein being measured and they affect the protein levels in such a specific and significant way that they enable biological insight into genuine disease causality. And then there are the trans-pQTLs which can occur anywhere in the genome. If mapped on a sufficiently large scale, they can help to chart novel pathways for how a protein is regulated within the human context, something which Mälarstig is keen to emphasize. “That’s very different from trying to do novel pathway inference in vitro, or in a cell line or an animal model,” explains Mälarstig. “Here, you can do this novel pathway inference based on human studies, which is a huge advantage.”

Combining human genomics with proteomics to such a degree has only been made possible with the advent of high-multiplex proteomics technology, and Mälarstig is in no doubt that Olink’s technologies have been key in this respect.

As an early adopter of Olink’s Proximity Extension Assay (PEA) technology, Mälarstig has reason to be excited. “When Olink launched this panel and, all of a sudden, it can measure 92 proteins in one go with very high specificity and sensitivity, that really moved us from looking at one protein biomarker at a time to multiple ones,” he says.

Mälarstig used one of the early Olink panels to understand which gene variants were contributing to the observed differences in circulating protein concentrations and to then convert those insights into a meaningful disease context. He recalls: “Back in 2017, we saw that using the Olink panel was fantastic for finding gene variants linked to protein levels, and we started to think about how we could actually scale this up. It was way too expensive to scale up by running tens of thousands of samples ourselves. That was just not possible.”

It was then that Mälarstig began reaching out to other groups that he knew had been using Olink’s technology at an early stage to try to get them interested in the scale-up issue. The SCALLOP consortium was born and started off with about five collaborating groups, but there are now around 30 different institutions and PIs all contributing data and the benefits are immense, as Mälarstig attests: “Many of these cohorts have collected endpoints, relevant phenotypes, across a number of different diseases. That means a group with a specific interest in cancer can answer questions I’m interested in around the proteome of early breast cancer development, for example.”

Olink Proteomics panels continue to be integral to the SCALLOP consortium’s work. “We are building a lot of work on the Olink technology. Although we are interested in any multiplexed proteomic technology that allows these kinds of studies, Olink really captures the proteome in a specific way and we think it’s the most promising technology for our studies,” Mälarstig enthuses.

Mälarstig has recently glimpsed the true potential of proteogenomic approaches. In the consortium’s current Nature Metabolism paper, it compared its findings with drugs that are on the market already and saw a very strong concordance with its method around pQTL and Mendelian randomization. Mälarstig concludes: “We think that going forward in SCALLOP and expanding the scope of this work is going to yield a lot of very strong drug candidates, ultimately benefiting patients and clinical science as well. For circulating proteins, the path from discovery to a drug is very likely to be shorter.”

Find out more about the work of the SCALLOP consortium and how Olink Proteomics’ Olink® Explore 1536 and Olink® Target 96 Cardiovascular II could help you.