Editorial Article: An end to animal testing: How animal-friendly affinity-reagents are transforming research 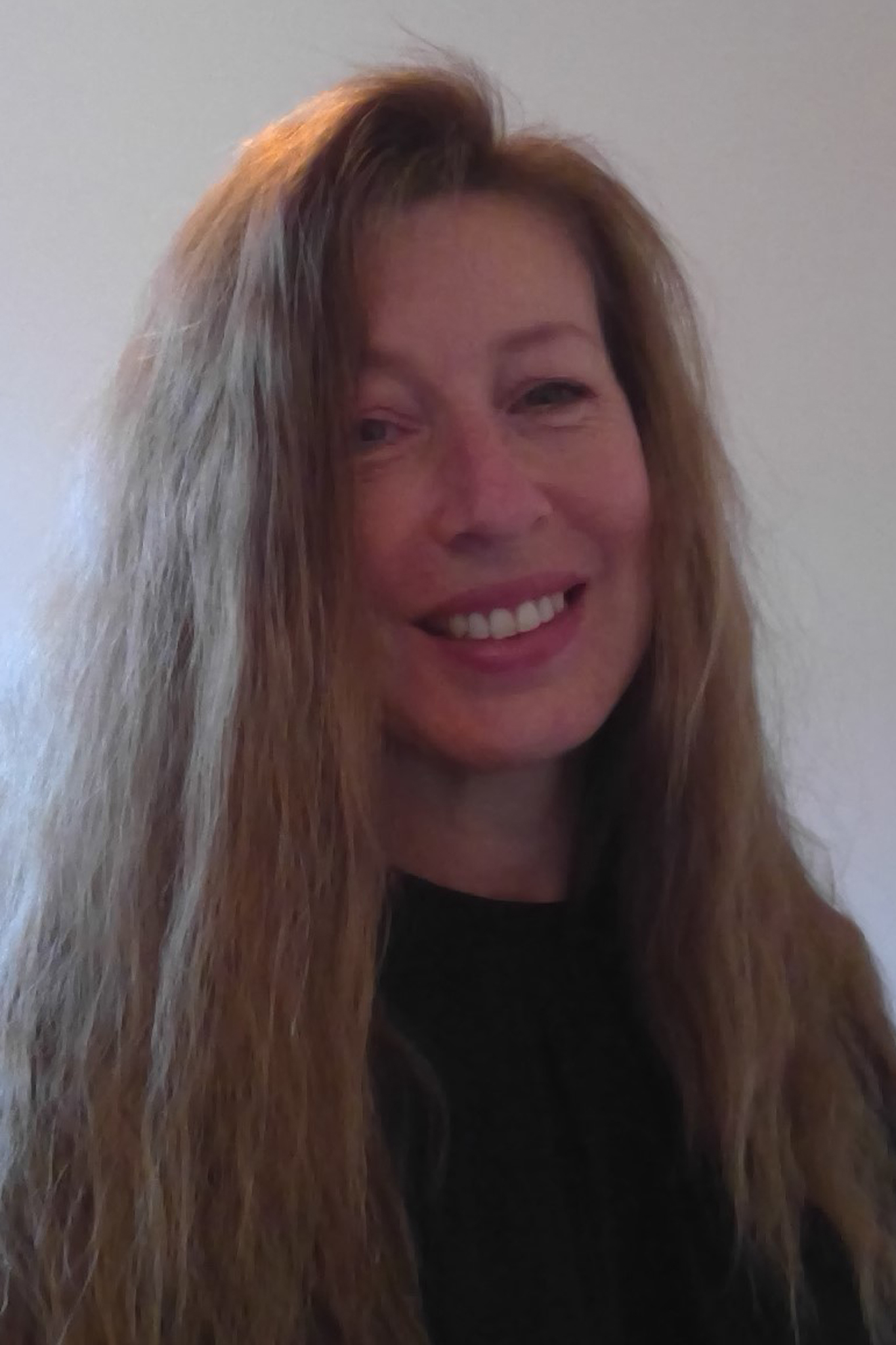 In this SelectScience interview, we speak with Dr. Alison Gray, a molecular biologist and in vitro toxicologist determined to not only replace the use of animals in scientific research, but to offer proven, scientifically superior alternatives that will positively impact society.

To help achieve this goal, Gray founded the non-commercial organization AFABILITY (AFA meaning animal-friendly affinity-reagents) in 2016. This unique organization brings together a wealth of expertise in scientific, animal welfare, and regulatory domains to achieve its mission of promoting the benefits of AFAs, in antibody generation and production. As AFAs do not require the use of animals, an increase in their usage would significantly reduce the suffering of animals in biomedical sciences.

SS: How do you aim to fulfill AFABILITY’s mission?

AG: AFABILITY challenges the enforcement of Directive 2010/63/EU and regulatory legislation on the use of animal-derived antibody (ADA) production techniques as a scientific procedure. Where alternatives exist, the organization creates awareness across all public sectors. AFABILITY improves the availability of AFA replacement methods via the distribution of educational and technical resources to individual scientists, organizations, and companies who want to implement, develop, acquire, or be informed about AFAs. AFABILITY is a non-commercial, scientific organization, providing scientists with affordable solutions and facilitating the uptake of AFA production methods. Funding allows AFABILITY to maintain its unique position without seeking commercial gain.

SS: Tell us about your role in ESAC, the Scientific Advisory Committee for EURL EVCAM (EU Reference Laboratory for alternatives to animal testing)

AG: I am one of seven independent advisors from academia and industry, appointed as expert ad hoc working group members of the ESAC (EURL ECVAM Scientific Advisory Committee) in March 2018. The panel comprises expertise covering antibody generation with animal and non-animal technologies, antibody engineering and antibody use in many immuno-analysis applications, as well as their use in different market sectors including diagnostics, therapeutics, research discovery, and regulatory toxicity testing. EURL ECVAM asked ESAC to review the scientific validity of non-animal-derived antibodies and non-antibody affinity reagents (not requiring animal immunization) used for research and applications in regulatory and diagnostic fields. Since certain members of the working group have a potential conflict of interest in the field of therapeutics, we were not asked to review this area.

SS: Can you briefly describe the main recommendations of the recently published ESAC opinion on the scientific validity of replacements for animal-derived antibodies?

AG: Based on its independent scientific peer review, the ESAC produced an opinion on the "Scientific validity of replacements for animal-derived antibodies", supported by a detailed ESAC Working Group report. The endorsed scientific opinion concludes that non-animal-derived antibodies can replace ADAs in all well known scientific applications,  such as western blotting, FACS, ELISA, etc, offering significant scientific benefits. The experts recommend that replacement methods are endorsed by government authorities, funding agencies and publishers, and assert that the replacement of ADAs will improve the reproducibility of science and positively impact society.

On the basis of the ESAC report, the EURL ECVAM independently recommends that animals should no longer be used for the development and production of antibodies for research, regulatory, diagnostic, and therapeutic applications. In the EU, the provisions of Directive 2010/63/EU should be respected, and EU countries should no longer authorize the development and production of antibodies through animal immunization, where robust, legitimate scientific justification is lacking. The recommendation then goes on to discuss and give guidance regarding the breaking down of misconceptions regarding availability, quality, and relevance of AFAs; equipment, expertise, and resources; and the scientific and economic benefits. Importantly, it recognizes the work that must be done to support the transition from animal-derived to non-animal-derived antibody development and production, and it also recognizes that to ensure a successful transition, we all must play a role, including the EU itself, project authorizers, manufacturers, end users, and even editors, reviewers, publishers and funders.

The EURL ECVAM recommends that animals should no longer be used for the development and production of antibodies for research, regulatory, diagnostic, and therapeutic applications

SS: Which methods for making non-animal-derived affinity reagents were considered by ESAC as part of the report?

AG: In its review, the ESAC focused on high diversity phage display libraries developed from repertoires of human donor B cells, or where diversity was created synthetically using stable germline sequences, or a combination of these approaches. For expression, non-animal-derived antibodies subsequently generated by phage display were reviewed where a bacteriophage is genetically modified to display an antibody, since these are the most mature technologies, where resources such as scientific literature are easily accessible. However, scientists also use other methods such as yeast display, which have their own advantages

SS: How do non-animal-derived antibodies compare to those made using immunization of animals in terms of performance in applications?

AG: Universal phage display libraries that do not require animal immunization contain an enormous repertoire of structurally diverse antibody genes equal to or larger than a naïve immune system. In vitro antibody selection against an antigen can be tightly controlled to enrich clones with desired properties such as specificity, stability, yield, or affinity. Therefore, performance can be tailored according to requirements. Many of the performance shortfalls of animal immunization-based techniques are avoided such as lack of specificity, high background, batch to batch variation and irretrievable loss of clone, as well as expensive storage conditions and animal handling requirements.

SS: Are there additional advantages of non-animal-derived antibodies?

AG: One library is equivalent to a lifetime supply of animals, so it is worth investing time and effort into designing a well-performing one. The library can be predesigned with all desired features (capture and analysis tags, restriction sites, etc.) and a high diversity of roughly 1010 or more different antibodies can be captured. Antibody selection from the library is routinely achieved in close to four weeks and this can be designed under challenging conditions for example, reducing conditions, temperature, pH, or in the presence of competitors. Extra time can be committed to downstream processing and refinement such as introducing format changes, next-generation sequencing (NGS), filtering, and affinity maturation strategies. In no way are you limited to the offerings of the natural immunity of the chosen species or individual animal.

AG: Non-animal-derived antibodies benefit from being routinely identified by sequence which allows a consistently reliable supply and guarantees the reproducibility of scientific results, whereas polyclonals are not sequence-defined. Monoclonals from hybridomas can be sequence-defined but this requires additional effort and is not usual practice. Some companies are now investing considerable time in reproducing their backlog of hybridoma sequences into a recombinant format.

Visit afability.com for a full list of catalogues and custom produced AFAs from commercial suppliers and academia.

SS: How does Bio-Rad help scientists who wish to switch to methods that do not require the use of animals?

SS: What changes do you hope will come about as a result of the EURL ECVAM recommendations?

AG: Animal use licenses are granted for anticipated use in antibody production projects. According to Directive 2010/63/EU, this is considered a routine procedure. Consequently, large generic applications for 100-5000 animals over one to five years duration are granted. The decision to use animals is led by applicants who state that “alternatives will be used where possible”. These generic project authorizations are sympathetic to customer demand and only estimates of required animal use are submitted. However, since AFAs can satisfy the requirements for antibody development in the vast majority of cases, it is no longer fitting to submit applications requiring such large animal use. Animal immunization should now be the exception, not the rule, to be authorized on a case-by-case basis.

As a result of AFABILITY’s efforts and the EU’s recommendation, public awareness of the use of ADAs in areas such as diagnosis, food safety, fertility and pregnancy, performance-enhancing drug testing, cosmetics and batch testing is now much improved. There was also a lack of awareness and therefore enforcement at the level of the Member States under Directive 2010/63/EU. This has now been addressed. The Joint Research Centre report gives EU-led expert guidance and recommendations on the scientific validity and availability of AFAs. From this point forward, we would expect greater interrogation of project license applications and a marked reduction in animal use. We hope for greater motivation by antibody producers to produce AFAs instead of ADAs, in response to demand from the public, funders, publishers and authorizers. Accessibility should continuously improve, and prices should drop competitively as a result of this action.

SS: What are your hopes for the future of AFABILITY?

AG: AFABILITY’s mission is partially complete with great impact in creating awareness and challenging the enforcement of Directive 2010/63/EU. The repercussions are already being felt beyond Europe, with international activities to mirror the EU response. Looking forward, AFABILITY will be able to focus on the third part of its mission to improve the availability of AFA replacement methods by the distribution of educational and technical resources to individual scientists, organizations, and companies who want to implement, develop, acquire, or be informed about AFAs. Once production becomes routine and widespread across Europe and beyond, we expect society to benefit from the clear scientific advantages offered by their use in products and services, whilst avoiding the unnecessary use of animals.

Do you use Bio-Rad's products in your lab? Write a review today for your chance to win a $400 Amazon gift card>>