From rhinos to chemical warfare agents, we bring you the latest in forensics and toxicology

In the fields of forensics and toxicology, correct identification of a substance and its origin is of great importance. Whether it be determining drugs of abuse, who was at the crime scene, where a poacher's rhino horn came from or what chemical warfare agent was administered, these are all challenging tasks for the scientist. In this special feature, SelectScience® brings together useful resources from across the fields of forensics and toxicology to help your lab workflow, minimize errors, and to give an insight into how the fields have developed and where they might be heading. 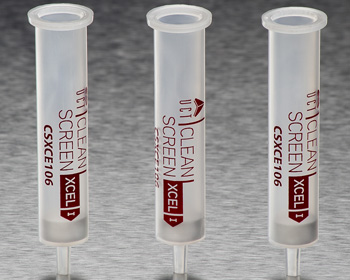 The list of drugs of abuse that forensic toxicologists need to be able to identify is constantly on the rise; in particular, fentanyl and fentanyl derivatives have seen an increased usage over the past decade. It is therefore critical that forensic laboratories have an accurate and rapid method for the identification of these designer opioids. While immune assays are typically employed as a first step screening tool, they have been proven inaccurate in the initial detection of these novel synthetic drugs.
This application note not only reveals a method with absolute recoveries in the range of 75-100% of 13 example synthetic opioids and metabolites, but supplies a simple, universal method that could be translated to drugs with similar structures. 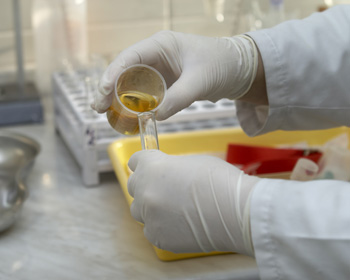 False positives and negatives are a pain in all fields of science but can lead to more severe consequences in the field of forensics and toxicology, such as wrongful prosecutions. However, with the increasing use of high-resolution mass spectrometry in drug screening, the ability to reduce the amount of false leads is increasing. In this free webinar, Dr. Carsten Baessmann discusses how the application of QToF MS for multi-target screening can effectively reduce the false positive and negative rates in analysis. Baessmann explores how the high specificity of accurate mass, fragment and isotope information, and high full-scan sensitivity of QToF instruments combined with a highly curated database like TargetScreener HR 3.0 software can provide this.

3. The 15-Year False Positive that Changed the DNA Analysis Industry 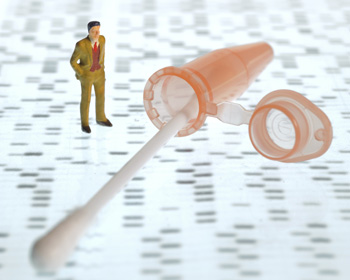 From 1993 to 2009, 40 crimes across Europe, six of which were murders, were all linked to one person, the mysterious ‘Phantom of Heilbronn’. From brutal murders to petty thefts, the DNA of the supposed female serial killer was found at all the crime scenes. Did the serial killer really exist? Or was this truly a phantom?
Read this article to find out how this investigation has changed the DNA analysis industry as SelectScience speaks to Kayla Hager and Dr. Nils Gerke, of Eppendorf, about the creation of ISO 18385 and its implications for forensic science.

4. How DNA Analysis is Helping Rhinos 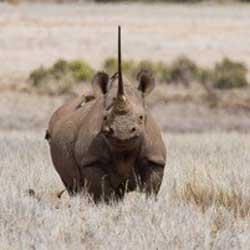 Over the past decade, rhino poaching in Africa has increased from a few incidents to more than 1,000 per year. Successful prosecution however has not yet matched this number.
Now, scientists from Nova Southeastern University have made a comprehensive effort to create a large database of individual rhinos' composite short-term repeat-STR genotypes so they could match confiscated tissue-DNA to real-time crime scenes, thus increasing the chances of successful prosecution. Read the article to discover more about RhODIS®, the Rhino DNA Index System. 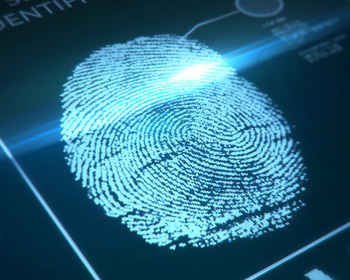 Collecting evidence at crime scenes has classically involved collecting items such as fingerprints, DNA, drug or firearm evidence. Could a ‘microbial fingerprint’ be the next tool to link culprits to a crime scene?
In this article, Professor Jack Gilbert and his team at the University of Chicago’s Microbiome Center discuss their pioneering microbiome research and explore the value of exploiting personal microbiomes to solve crime.

6. Chemical Warfare Agents and their Detection 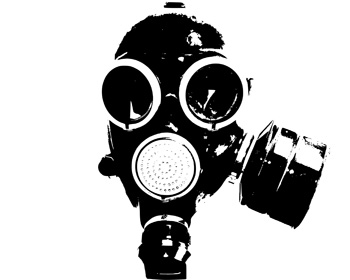 The need for detection and measurement of chemical warfare agents (CWA) has increased in recent years, with targeted attacks across the globe such as those on Sergei Skripal and Kim Jong-nam bringing the  into public light. For their part, scientists not only need to rapidly detect CWAs on the most heinous occasions, but also be able to monitor stockpiles containing CWAs for safe containment. This paper gives a technical overview of systems available to scientists to meet these needs. 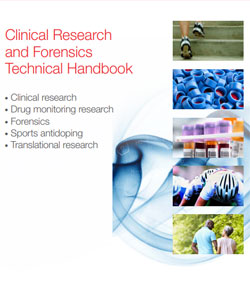 This is an invaluable laboratory guide for anyone working in the fields of forensics, drugs monitoring and anti-doping science. This free 880-page compendium collates multiple standard procedures, technical application notes, scientific posters, publications videos and webinars relevant to the field.

Stay up-to-date. Receive interviews, videos and articles directly into your inbox. Sign up for SelectScience today.