Editorial Article: Keeping up with COVID-19: Designing novel monitoring assays to tackle the rise of variants

Dr. Tania Nolan outlines how her team is designing assays to identify new variants and why these are critical to managing the global response 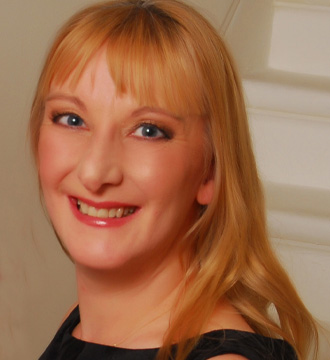 Growing concern over the emergence of SARS-CoV-2 mutants has led to increased demand for variant profiling and monitoring in order to better understand changes to the virus’ characteristics and predict their impact on human health. This follows reports that while many genetic mutants of SARS-CoV-2 have shown little or no functional change, others, termed variants of concern, appear to be more transmissible and/or virulent. These variants could potentially impact the performance of current diagnostic approaches or the effectiveness of vaccines.

In this SelectScience interview, we speak with Dr. Tania Nolan, head of assay design and development at LGC, Biosearch Technologies, to find out more about how her team is designing novel assays to detect existing and emerging SARS-CoV-2 mutations, the importance of monitoring new variants in global COVID-19 management, and what she sees for the impact of high-throughput scanning on healthcare in the future.

Why is it so important to monitor SARS-CoV-2 variants?

TN: One of the several reasons is to track the progress of given variants to see how the virus spreads through the population. This is important to monitor the effectiveness of interventions, such as lockdown and vaccination programs. Some specific mutations have been associated with different clinical outcomes. For example, it was proposed that the N501 mutation to 501Y (in UK B1.1.7) was associated with a higher transmission rate. A recent report has proposed that a set of mutations in France cause the virus to leave the upper respiratory tract so that nasopharyngeal swab sampling is negative but blood samples are positive. Clearly identifying these mutations has implications for testing protocols. The E484K mutations (Brazil and South African variants) have been associated with immune evasion. This means that people previously infected are not safe from subsequent infections. It also has implications for vaccine effectiveness, depending on where the vaccines are targeted.

Finally, by monitoring variants, we’re able to learn more about how the virus is behaving. An example of this is converging mutation. For example, we’ve now seen incidences of the UK variant gaining the E484K mutation independently. Similarly, we can use assays to detect recombination events. By designing mutation detection assays along the length of the virus, rather than only in the S-gene, we can detect, monitor, and track whether there were any new strains that were actually a recombination from previous variants that we were already aware of.

How are new variants detected?

TN: One way has been through current test assays failing. The del 69/70 was detected after observations of a high incidence of failures by one target in the TaqPath COVID-19 test. Subsequent sequencing of these samples revealed the mutation. The French example above was revealed after further investigation into why patients who were clearly infected and displayed COVID-19 symptoms were reporting negative samples. Some have been identified through routine sequencing programs. The latter has been particularly effective in the UK.

How are you designing variant-specific assays?

TN: The way we design the assays is to generate what is essentially an old-fashioned genotyping assay, and we have a number of criteria we aim for. One is probe length, and we use the LGC proprietary BHQplus™ modification because this allows us to have much shorter probes which are more discriminating when you’re only looking at single-base changes. Additionally, we also want the amplicons of the assays to be as short as possible, as this maximizes the chance of amplification when faced with poor-quality or degraded samples.

Once we have the sequences, we then check them in silico against a panel of more than 30 organisms as well as human databases. After this, a small batch of oligos is made for testing using both synthetic targets with our in-house team and clinical samples with a collaborator in California.

Head of assay design and development at LGC, Biosearch Technologies

While we are designing our assays, we are also aware of other mutations within the regions we are working with. In fact, we went through a phase where we designed probes for a particular mutation and before we even had the oligos made for testing, there were reports of a new mutation in the same location as those oligos – so there are times when we are running just to keep up with the virus. In this case, to provide greater flexibility to the end-user, we modified the primer so that it will tolerate the second mutation.

Another challenge we have faced is the geographical isolation of new variants. When these mutations are described they are most often in low prevalence in the population and usually geographically located so it could be that the collaborators that we’re working with are not going to see incidences of certain mutations. Similarly, companies that are producing control material have also been in the position of needing to catch up with the way the virus is mutating.

We are in the very fortunate position that LGC also owns SeraCare Life Sciences who manufacture third-party quality controls. The SeraCare team has been supporting our work by granting our collaborators early access to their proprietary AccuPlex™ reference material, including material specific for the UK, South African and Brazilian variants, which are the variants of concern at the moment.

This still leaves us with other mutations such as those described in America, and for those, we’re working on a protocol to produce in vitro transcribed RNA. We think it’s really important that we test these. It’s still not as good as having a full-length viral target but we feel that it is at least an interim solution.

Can you tell us more about the Variant ValuPanel assays?

TN: The SARS-CoV-2 Variant ValuPanel™ variant assays are designed to facilitate high-throughput scanning of mutations to identify variants. Each assay is comprised of two primers, which are common regardless of whether you have the wildtype or mutant sequence, and two probes, one which targets the mutant and one which targets the wildtype. The probe for the mutation is labeled with CAL Fluor™ Orange, which works in the same channels as VIC or HEX, and then the wildtype is labeled with FAM.

While they could be used for real time, these assays are being designed specifically for end-point analysis, and the oligos are provided separately, as we thought it was best to give the end-user the freedom to optimize the assay for their own specific conditions and platform. We are currently working closely with partners that are hoping to use these assays in ultra-high-throughput applications in order to make sure the format is going to be most suitable for them.

TN: Most of the high-throughput and ultra-high-throughput facilities are still managing the COVID-19 situation, but as you start to think forward, it is easy to imagine converting some of this to detect other infectious diseases.

A number of social implications have also emerged over the past two years, and one of these is the wider acceptance of self-testing. With the exception of samples such as urine or stool, prior to the pandemic, it was really unusual to be asked to do any self-testing or sampling at home. But in order to achieve the required throughput of SARS-CoV-2 testing, self-testing procedures have been critical.

As a result, the increased public acceptance of self-testing holds great promise for the early detection of other diseases, such as cervical cancer for example. This is an area where the health authorities have worked really hard to engage people, because like with many of these cancers if you can detect it early, there is an effective treatment.

Find out more about LGC's solutions for variant identification and detection >>