The global wine industry has struggled against wine fraud for a long time. Following in the footsteps of several leading wine-producing countries, Hungary has now established a Hungarian Wine Consortium to ‘fingerprint’ its wines and therefore protect this important part of its economy for the long term.

Tucked away in the far north-east of the country, the town of Szerencs lies at the gateway to Hungary’s famous Tokaj wine region and plays host to the laboratories of the company Diagnosticum Inc. With its headquarters in Budapest, the company was established in 1989 as a Swiss-Hungarian Joint Venture Company to manufacture biochemistry reagents and immunology kits. Diagnosticum is sponsored by the Hungarian Government and the European Commission to create a national wine ‘map’ and works in close collaboration with Bruker BioSpin to provide the traceability and certification of authenticity that the Hungarian wine industry needs. All wineries are required to participate. 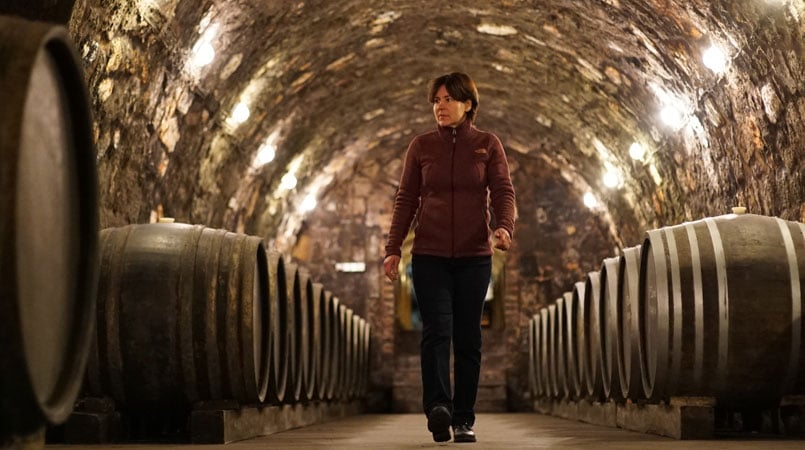 The Tokaj wine region is located in northeastern Hungary, famous for its Aszú wine

The work is supported through the Hungarian Ministry of Agriculture and spearheaded at Diagnosticum by project director Péter Szaszák, who asserts that “wine forgery is a big problem in Hungary, as in other parts of the world. The Government is very committed to cleaning up the market in Hungary and saw the importance of doing this, enabling them [the consortium] to provide Hungarian wines with international certification.”

The wineries themselves collaborate fully in the project and it certainly helps that Diagnosticum’s laboratories are located in the heart of the Tokaj wine region. One family-run winery nearby exports its wines all over the world, including to the UK, USA, France and Poland, and sees the clear benefit to both its business and the Hungarian economy.

What then does a wine ‘fingerprint’ comprise and how is it produced?

Harnessing the Power of Advanced NMR 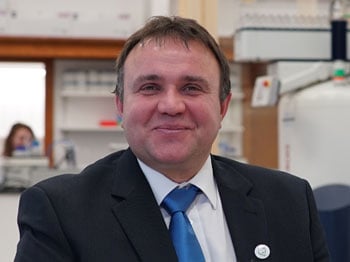 One key factor in enabling Diagnosticum and Bruker BioSpin to form the Hungarian Wine Consortium was their ability to deploy the Bruker Ascend 400 NMR machine at Diagnosticum’s laboratories in Szerencs.

“With this technology,” says Szaszák, “I can take a wine fingerprint and then it’s not possible to forge these wines again. We transfer the figures to Bruker BioSpin and they create a mathematical model for us.”
The Bruker Ascend 400 detects no fewer than 53 different chemical entities in Hungarian wine, including for example a range of sugars such as arabinose and fructose, and acids such as tartaric and malic acids, as well as more obvious components like ethanol and glycerol. Collectively, these parameters help to provide a ‘fingerprint’ comprising information on vintage year, region of origin and wine type. Crucially, they also permit the easy detection of any adulteration during the supply chain that follows production. Szaszák reflects on the excellence of the Bruker NMR technology compared with previous approaches in his laboratory: 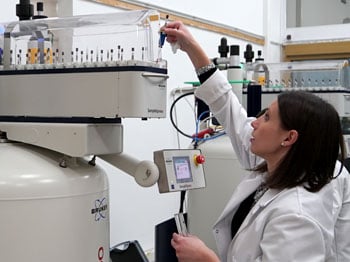 “Previously, traditional technology measured 14-16 elements of wines, but this was not enough for the international market. With this Bruker technology, we can have the traceability and authenticity for any wine in Hungary.”

The entire project benefits significantly from the close relationship between Diagnosticum and Bruker BioSpin, and Szaszák has nothing but praise for the support that is provided by Bruker: “We have a very close collaboration with Bruker BioSpin. We communicate on a daily basis. We have questions for them, we share our problems, and they provide full support for us at any time we need it.”

Underpinned by the Bruker technology, the Hungarian Wine Consortium provides analytical services to which Hungarian wine producers did not previously have access and continues its steady progress towards a complete ‘map’ of Hungarian wines.

The Hungarian wine map is adding new data to enhance the international databases and models that already exist through the activities of other leading wine producers such as Spain, Italy, France, Austria, Germany and Chile. As such, the project is therefore a vital contribution to the established and ongoing global effort to combat wine fraud.

As far as the immediate future is concerned, Szaszák says: “The project will end when we have created the Hungarian wine map. After that, we hope for three more years of service, but all of Hungary is interested in keeping it on indefinitely.”

Find out more about the Diagnosticum company and how the Bruker FoodScreener NMR series (of which the Bruker Ascend 400 is a part) could help you.

Szaszák's wine-fraud team and his Bruker Ascend 400 NMRs at the Diagnosticum Laboratory in Szerencs, Hungary