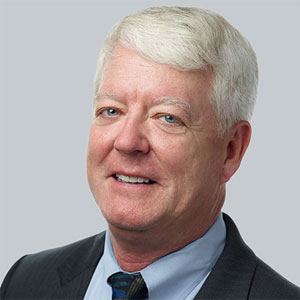 All immunoassays, before Quanterix, had limits to their sensitivity

Myriad RBM started life as Rules-Based Medicine (RBM), a spin-out from Luminex Corporation, until it was acquired in 2011 by Myriad Genetics from Salt Lake City, a leader in molecular diagnostics. Ralph McDade, current President of Myriad RBM, worked initially at Inland Laboratories in Austin, TX, USA, before jointly founding Luminex. In this article, McDade tells SelectScience®, in his own words, about the Myriad RBM service laboratory and its use of ultra-sensitive immunoassays.

The idea for Luminex sprang up from Inland Laboratories and we started working on the technology in 1995. We developed the technology over the next few years, and once we realized that it was going to work, we started thinking about its potential applications.

Between 1998-2000, we further developed the Luminex technology and took Luminex public in 2000. During the same timeframe, we started a development program within Luminex that we called the Luminex Project. The aim of the project was to see if the idea of developing very large immunoassay panels was feasible and, if so, did it really work? Could we find unique patterns within the blood of individuals? And the answer to both of those questions was yes.

So, in 2002, we spun out with 16 people from Luminex to form RBM, built a really nice lab which we have expanded several times and are still in 16 years later.

The basic idea has been very successful.  We have developed over 300 human immunoassays on Luminex.  Now we are developing assays with Simoa technology from Quanterix.  As with the Luminex assays, we apply the ultra-sensitive Simoa immunoassays to pharmaceutical clinical trials where they’re used to find pharmacodynamic biomarkers, safety biomarkers, response biomarkers and companion diagnostic markers that helps pharma develop novel drugs more efficiently.

The need for ultra-sensitive immunoassays

All immunoassays, before Quanterix, had limits to their sensitivity. They were somewhere in the femtomolar range, which is typically low picograms/ml for protein biomarkers. So, if you think of the proteome in the blood as a 15-foot-deep swimming pool, the technologies of today (Meso Scale Discovery, Luminex, ELISA, and just about all clinical analyzers), can see down to about 12-feet of water. But the traditional technologies cannot see clearly about three feet from the bottom.  We know that there are many important biomarkers in the bottom three feet.

What Quanterix brings to the table, is the ability to get clarity within a few inches of the bottom. This sensitivity allows us to discover new activities in pharmaceuticals, showing efficacy where we couldn’t see it before. It is a clever, wonderful technology that enables us to do that. 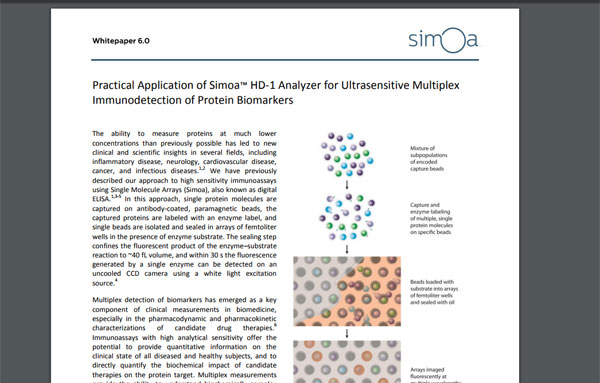 We initiated development of our Simoa immunoassays in early 2015, and we launched our first assay in March 2015; it’s only a couple of years old but it’s the fastest growing part of our business. I think today we are at 20 assays and we are continuing to grow and develop this menu. Every few months we launch a new assay.

These assays are being used by pharma primarily for their sensitivity. Let me give you an example of its application in pharmacodynamics: In October there was a publication in the British Journal of Dermatology that was related to a novel topical steroid medication for psoriasis. Interleukin 17A (IL-17A) has been implicated in psoriasis for years, but only when highly elevated, can one measure the IL-17A in the blood serum using traditional immunoassay techniques. Our Simoa 17A assay is about 1,000-fold more sensitive than Luminex, allowing us to measure IL-17A in the femtograms per mL range. In this study, the researchers were able to not only measure IL-17A, but they were also able to show a 50% decline in its concentration over a 12-week period of treatment with a topical therapy. This demonstrated that this topical treatment was modulating a systemic blood-based biomarker; what a great example of how the pharma industry is utilizing these ultra-sensitive immunoassays.

As a service lab we bring in samples from pharmaceutical trials and test them. We either buy kits from Quanterix and qualify them, which we’ve done in some cases, or, if Quanterix doesn’t have the assay we need, then we develop it ourselves in what we call a “home brew”. 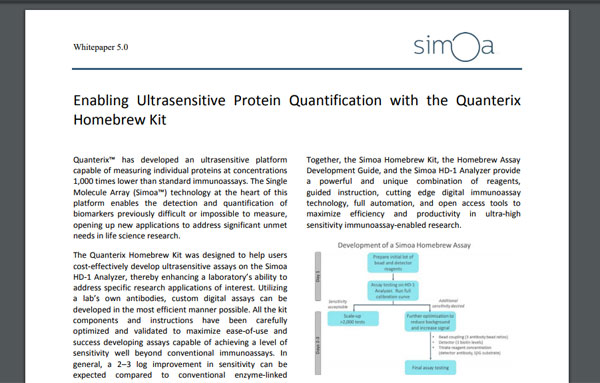 We are a CLIA-certified laboratory, so we can test serum or plasma samples from clinical trials.  Today, at least 60% of the clinical trial samples we test have both Luminex and Simoa testing.  So, people might order one of our Multi-Analyte Profiles (MAPs), a set of 50-200 assays.  In addition, they may order five or six Simoa assays to supplement what they are seeing with Luminex – allowing them to get to the bottom of that murky pool.

We anticipate working more with Quanterix in the future as they have a new instrument called the SR-X. Their original instrument, the HD-1 analyzer, was designed for clinical labs where you load a set of samples and walk away. This new platform will be like a Luminex instrument. It will serve us well in our high-throughput service lab as we perform all of the assay’s liquid handling on very accurate liquid handling robots.  The future is quite bright for the ultra-sensitive Simoa technology.