Read this exclusive interview with Louise Kenny, one of the founding directors of the INFANT Centre, to discover how they are using mass spectrometry to research preeclampsia and pre-term birth 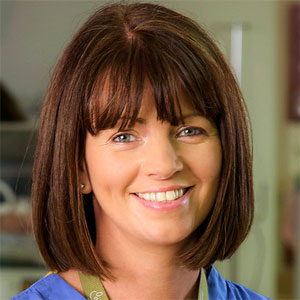 Louise Kenny, Executive Pro-Vice-Chancellor for the Faculty of Health and Life Sciences at the University of Liverpool

Louise Kenny, Executive Pro-Vice-Chancellor for the Faculty of Health and Life Sciences at the University of Liverpool, is also one of the founding directors of the Irish Centre for Fetal and Neonatal Translational Research (INFANT) and remains an adjunct investigator there. SelectScience® speaks to Kenny to learn more about the use of clinical mass spectrometry in preeclampsia and pre-term birth research.

SS: Please introduce yourself and your place of work

I am a practicing obstetrician and gynecologist and I specialize in the management of high-risk pregnancies and maternal medicine. I’m also a clinical scientist with a Ph.D. I am the founding director of the INFANT center in Ireland. I’ve recently relocated to the UK, so I remain an adjunct professor at the University College Cork (UCC) and INFANT, but as of three weeks ago, I have taken up a job as executive pro-vice-chancellor at Liverpool University, in the Faculty of Health and Life Sciences.

INFANT is a large and growing research center, predominantly funded by Science Foundation Ireland through the Research Centre Programme. We have about 120 researchers on staff and a current grant portfolio somewhere north of 30 million Euro. We have several strong research themes within the center. From a pregnancy perspective, we are best known for our work in uncovering the cause of preeclampsia and associated conditions like growth restriction and developing novel treatments for these conditions. But also, in parallel, developing screening models predominantly based in metabolomic technology. 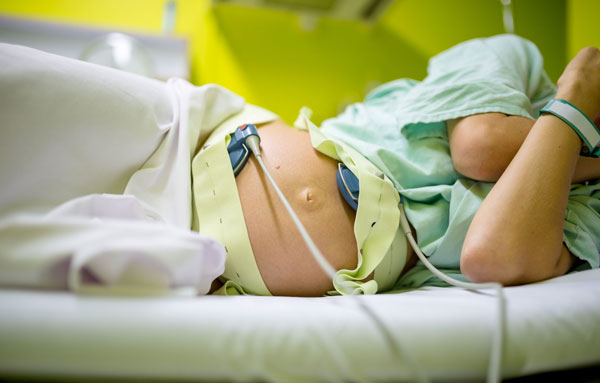 SS: Is that the metabolomics technology that you have been developing with Waters?

It is yes. I have been working in metabolomics since 2001-2002. I got into this area of science as a post-doctoral, junior clinician, training at the University of Manchester. That was when I met Prof. Doug Kel and Prof. Roy Goodacre - who actually coined the word ‘metabolomics’ - shortly after they both joined the faculty at the University of Manchester. Rather famously now, Doug Kel sent out an all exchange users email saying, ‘I’m a new professor of analytical chemistry, if any clinicians have a problem that they can’t solve, and they are interested in exploiting metabolomics, let me know and we’ll crack it by teatime!’ So, that was how I met Doug, and 16 years later we haven’t cracked it yet but we’re getting close!

I was then recruited to Ireland to head up the new research center that would eventually become INFANT, and one of the first research programs to be developed was our biomarker program, exploiting metabolomic technology to search for biomarkers that would predict pregnancy outcome.

We started by taking a very complex condition that we knew very little about, and we took a very complex biological reservoir (serum or plasma) and went straight to gas chromatography – mass spectrometry (GC-MS) and liquid chromatography – mass spectrometry (LC-MS). We also spent a long time collecting samples; only about 3% of women get preëclampsia, so in order to get three samples in early pregnancy you have to sample about 100 women. It was very complex, so our mission ‘to crack it by teatime’ was a bit optimistic!
It seemed impossible at the time, but over the years, as the technology has become much more sensitive and specific, the workflows have become much more refined and we’ve been able to develop higher throughput protocols. The promise of this technology has really become a reality. Now every single clinical lab in even the smallest hospitals tends to have a mass spec, so the field has developed very quickly.

SS: How has your research developed over the past 15 years?

Shortly after I moved to Ireland I became involved in an international consortium called SCOPE, the Screening of Pregnancy End Point study (www.scopestudy.net). Scope was a novel consortium that consisted of five or six preeminent researchers in preeclampsia, including myself, who were initially working in competition. Very little progress was being made, so we joined forces, and collaboratively developed a global biobank of over 6,000 women.

We developed our preeclampsia biomarkers and are now in the long process of second stage validation with the improved cohort. We then used the SCOPE biobank to see if we could exploit the metabolomic technology to discover biomarkers predictive of other adverse outcomes in maternal medicine.

We had worked on preeclampsia and fetal growth restriction, but we really wanted to see if we could tackle pre-term birth for a variety of reasons. There is no treatment for this, but if we could screen and detect women who were higher risk, we could offer a different care pathway, and we wouldn’t risk delivering babies in units that weren’t able to take care of premature infants. It would also allow us to focus our research efforts on that high-risk cohort. So, for the past two or three years we’ve been working with Waters on a discovery program looking for biomarkers of pre-term birth. Firstly, in the SCOPE biobank, but in the next year or so we’ll move into an improved study to carry out validations.

We have two Waters platforms that we’ve accessed through our partnership and I have to say they are a fantastic company to work with. They are extremely patient, they are incredibly responsive, they work hand in glove with our scientists, they have their own in-house scientists and they’ve formed a very close partnership.

We do a lot of our discovery work on the Waters Synapt G2 si HDMS (High Definition Mass Spectrometry) platform. That’s a very sensitive LC-MS based platform that we use for untargeted work. We also have a XEVOTM TQ MS for targeted validation, they are the two main platforms that we use.

I can’t really speak for Waters, but from our perspective it has been an extremely productive and very fruitful collaboration. But also, it’s a true collaboration. A lot of industries just come and dump expensive equipment on scientists and come back in two or three years later and look at the data. But Waters has incredible scientific expertise on their staff, their knowledge of their platform capabilities, their willingness to push the boundaries and work collaboratively with the scientists and to extend their software offerings, their hardware capabilities, their mass spec platform, it is just a joy! It’s a true partnership and we feel very lucky to have them involved in the center.

We’re at a very exciting stage, we’ve got some very novel biomarkers that are highly predictive for pre-term birth, but interestingly, we’re also learning a little bit more about the etiology. Babies are born pre-term for all sorts of reasons, and most of the time we don’t understand what those reasons are or why it’s happened. But it’s probably not the same pathway in every case. Looking at the metabolomic fingerprints of women affected by pre-term birth in early pregnancy and at a time just before they labor, we are getting great insights into the metabolomic pathways that have gone astray. In time, hopefully, it will open up the option of developing new drug targets.