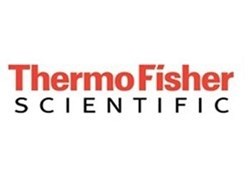 In support of National DNA Day, Thermo Fisher Scientific will showcase its market-leading forensic technology for members of Congress as part of Forensic DNA Day, an awareness campaign hosted on Capitol Hill by the Rape, Abuse, Incest National Network (RAINN) and the National Center for Victims of Crime (NCVC) from 1-3 p.m. on April 29 in the Rayburn House Office Building.

Debbie Smith, after whom a law was named in 2004 to provide grants that fund analysis of backlogged DNA samples and evidence, will share her personal story and impress upon lawmakers the importance for continued support of federal grants that help lead to arrests and reduce the backlog. DNA evidence was key in identifying and convicting Smith’s rapist six years after the assault. The Debbie Smith DNA Backlog Elimination Act is up for congressional reauthorization this year.
Activist Elizabeth Smart, who was abducted as a teenager from her bedroom in 2002 and rescued nine months later, will also address lawmakers in support of the Debbie Smith DNA Backlog Elimination Act to stress the need for funding of this vitally important public safety tool.

“For more than 25 years, we have remained the trusted industry partner since introducing the capillary electrophoresis DNA sequencing instrument, which to this day is still the workhorse platform for the forensic community,” said Nadia Altomare, vice president and general manager, Human Identification, for Thermo Fisher Scientific. “We are committed to empowering our customers through innovative technologies and to help educate our nation’s policy makers about the sophisticated tools that help solve crimes.”

Thermo Fisher’s Life Technologies-branded innovations have enabled scientists to maximize their use of DNA to establish identity and solve crimes. Today, the company offers the most robust, reliable and trusted forensic solutions for human identification (HID) testing under the Applied Biosystems name—and it is the only company that designs and validates its reagents, instruments, and data analysis software together as an integrated system for HID testing.