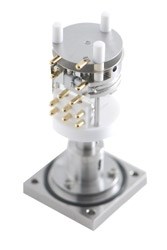 Pittcon, The Pittsburgh Conference on Analytical Chemistry and Applied Spectroscopy, is widely regarded as one of the world’s best trade shows for innovations in analytical chemistry. It gives attendees the opportunity to observe many analytical instrument developments, all under one roof. This year, the conference attracted 16,200 attendees, including 935 exhibitors from 32 countries across 1,763 booths.

Historically, editors found it difficult to capture the very best of the new products at Pittcon. That is why, Dr Gordon Wilkinson, then managing editor of Analytical Instrument Industry Report (AIIR), came up with the idea of the Pittcon Editors’ Awards nearly a decade ago. The awards highlight the best new innovations at the show, and are judged by a panel of 200 accredited media representatives.

Markes received an Honourable Mention for their Select-eV ion-source technology which was launched to the US market at Pittcon 2014 following a successful European introduction at HTC-13 in January. Select-eV breaks new ground in the field of GC–MS by enabling the ionisation energy to be varied from 70 to 10 eV at the push of a button and without loss of sensitivity. This revolutionises the identification of unknowns by enabling both reference-quality standard 70 eV spectra and repeatable ‘soft-ionisation’ spectra to be produced for each sample within a single automated sequence – boosting both productivity and data quality.